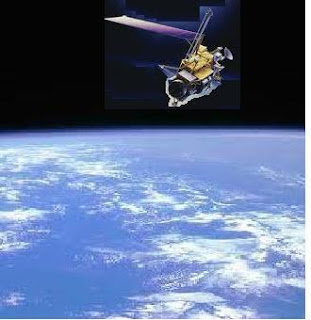 Space junk crashing to Earth in late September, provides huge 6.5 ton example of issue. In "Look Out Below! Huge Satellite Coming in for Uncontrolled Rentry," Universe Today provides actuarial odds of being hit by UARS, but the reentry point is much less clear! “'We do know with 99.9 percent accuracy that it will re-enter the atmosphere somewhere between 57 degrees north and 57 degrees south, which means it will be anywhere from northern Canada to southern South America,' said Major Michael Duncan, deputy chief of space situational awareness with the Air Force’s U.S. Strategic Command. 'That is truly the best estimation we can give you at this point in time.” There are about 26 components that are big enough to survive and make it down to Earth, the largest weighing more than 150 kg (330 pounds.)"

Is it too audacious to believe NASA can provide a better estimate of reentry point? A simulation of UARS orbit and most recent article available at Space.com. Are you feeling lucky? Odds of being killed in an auto accident are 1 in 6,500. Odds of being struck by lighting in your lifetime are 1 in 10,000. Will the future bring a new standard of comparison? What are the odds?