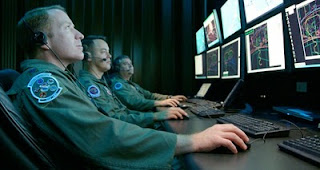 from baltimore business journal: There are still more questions than answers, but information trickling out from the Pentagon is giving a clearer sense for what the military’s cyber security headquarters at Fort George G. Meade will look like.

The U.S. Defense Department now says about 1,000 people will work at Fort Meade in defense of the nation’s information networks, under the direction of National Security Agency Director Keith Alexander. Alexander’s U.S. Cyber Command was officially established May 21, when he was sworn in as its head.

Here’s how Deputy Defense Secretary William J. Lynn III put it in a May 21 interview with reporters, according to American Forces Press Service: “It will be the place where the Department of Homeland Security will come to on cybersecurity matters. And it will help rationalize the interagency process.”

A good portion of Cyber Command’s workers will be shifted from other military bases to Fort Meade, but Alexander could need to hire more workers than are already fending off cyberterrorists and hacking into foreign computer networks for Uncle Sam.

It’s unclear just what the new agency will look like, how much space it will take up at Fort Meade, or how many private contracting jobs might be created in support of USCYBERCOM (that’s its former Pentagon name, just like U.S. Strategic Command is known as USSTRATCOM).