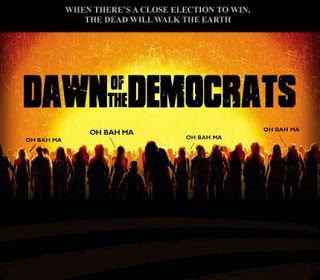 from ibtimes.com: According to statistics released by the Pew Center of the States (PDF Embedded Below), at least 1.8 million dead people are currently registered to vote. Additionally, 24 million voter registrations have some serious errors. While there is little suspicion of voter fraud, many people have pointed out the serious consequences of using such a flawed system.

One of the biggest problems with voter registration is that Americans are constantly moving across state lines. When they move, they are supposed to alert local election offices so that their previous states can be notified. But very few actually do and as a result, almost 3 million people in the U.S. are registered to vote in more than one state.

Pew has made several suggestions that could mend the current system. One way to improve voter registration would be to implement the system electronically. The voter databases could then be cross-checked against other government databases, such as motor vehicle registries or death records from the Social Security Administration.

Some states are also joining an experimental program that will allow them to share voter information between databases to reduce duplicates. The digital program could ultimately allow for easier voter registration and a much more streamlined registry - an imperative step considering that 52 million eligible voters are not registered to vote in the upcoming presidential elections at the end of this year.