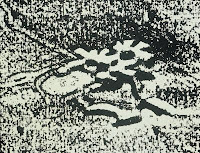 Michael Salla, of exopolitics.org, provides a well-written paper about President Eisenhower's alien encounter on February 20-21, 1954 at Edwards AFB (formerly Muroc Airfield). Salla corroborates whistleblower accounts, there were indeed two meetings with extraterrestrials. A first meeting with humanoids did not result in an agreement. The humanoid aliens were unreceptive to a technology transfer, instead they offered to assist our spiritual development on the condition we disarm our nuclear weapons. "These terms were met with extreme suspicion, especially the major condition of nuclear disarmament." Corroborating sources are an economic adviser, a Roman Catholic bishop, a Hearst newspaperman and a community leader with an occult background.

Additonal whistleblowers are cited in Salla's paper:  William Cooper, John Lear, Phil Schneider, navy commander Charles L Suggs Sr., Robert Dean, Dr. Michael Wolf, serviceman Don  Phillips and Lt. Col Philip J Corso--all with close government ties at some point in their lives.  The 1954 Grenada Treaty resulted from a second meeting at Holloman AFB near Alamogordo, NM with the grey aliens.  Schneider shared his view of the treaty, "...the aliens involved could take a few cows and test their implanting techniques on a few human beings, but that they had to give details about the people involved".

Bill Cooper's explanation of the treaty included keeping the alien presence secret and an agreement to refrain from interfering in the other party's affairs. "They could abduct humans on a limited and periodic basis for the purpose of medical examination and monitoring of our development, with the stipulation that the humans would not be harmed, would be returned to their point of abduction, would have no memory of the event, and that the alien nation would furnish Majesty Twelve (MJ-12) with a list of all human contacts and abductees on a regularly scheduled basis."

Cooper, Lear and Corso are all referenced by Salla in support of a view the aliens were untrustworthy and failed to abide by the treaty. Schneider is quoted, “the aliens altered the bargain until they decided they wouldn't abide by it at all”.  Salla seems to suggest, as if a script, the friendly aliens of the fifties are replaced in the sixties by the grey aliens who are "distant and without emotions".

A Hollywood script would be hard pressed to match such a storyline! Humankind, in its fall from grace, declines spiritual growth and peace in favor of a Faustian bargain for technological advancement at the cost of fellow human beings' lives.

In a quantum leap--fastforward fifty years--in the psyop, great granddaughter Laura Eisenhower joins the whistleblower ranks.   Eisenhower exposes attempts by love interest Agent X, her handler, to enlist her in a secret Mars space colony project.  “Agent X revealed that his group had identified her through her bloodline, as the matrilineal great-granddaughter of 34th U.S. President Eisenhower (and the Allied Commander who defeated Hitler). As well, they knew her as a unique reincarnation of Magdalene/Sophia/Isis (ever since she was young, many psychics have recognized her)."

Alfred Lambremont Webre, author and futurist, Yale graduate and Stanford Research Institute fellow, supports Eisenhower in her choice of Earth over the survival colony of Mars.  The present writer would like to believe--but it's too neat!  An alarm goes off inside to instinctively alert that these may very well be pied pipers leading us down a path?  Gary Bekkum offers his view of the Eisenhower misadventure in an article here, which provides in depth analysis.  It seems a veritable cottage industry?