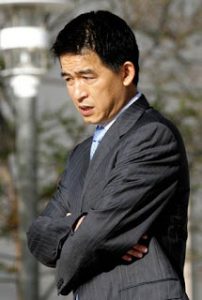 from bloomberg: Danny Pang, the founder of Private Equity Management Group Inc., who U.S. regulators claim bilked Taiwanese investors, died [sep11], a spokesman for the Pang family said. He was 42. Pang was taken from his Newport Beach, California, home to Hoag Hospital the afternoon of Sept. 11 by paramedics who had responded to a call from the house, said Sergeant Doug Jones of the Newport Beach Police Department. Charles Sipkins, a Pang family spokesman, confirmed the death and declined to comment further. Pang’s lawyer, James Riddet, wasn’t available. Pang, who was free on $1 million bail, pleaded not guilty on July 27 to charges in a separate criminal case that he structured cash withdrawals to avoid having to report them. He was charged in an indictment with two counts of making a total of about 50 withdrawals in amounts of as high as $9,900 to evade a U.S. law that requires reporting cash withdrawals of $10,000 or more. A trial date was set for Sept. 15, though it was postponed last month to August 2010. The U.S. Securities and Exchange Commission accused Pang of lying to Taiwanese investors about his credentials, forging insurance documents and paying existing investors with funds raised from new ones, while claiming the returns came from investments in life insurance policies. 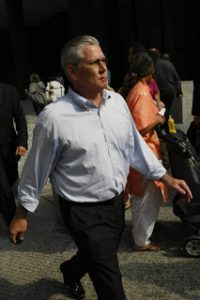 from chicago tribune: Christopher Kelly, a key figure in the federal corruption probe into former Gov. Rod Blagojevich, is dead. The Cook County medical examiner’s office today confirmed that Christopher Kelly of Burr Ridge was pronounced dead at Stroger Hospital at 10:46 a.m. The office said Kelly died of salicylate intoxication. According to medical reference guides, salicylates are used in anti-inflammatory and pain relief medications. Kelly was found in a lumber yard near 173rd Street and Cicero Avenue in Country Club Hills late Friday, said the town’s mayor, Dwight Welch. Kelly arrived at Oak Forest Hospital at 11:15 p.m. Friday, said Marcel Bright, a Stroger Hospital spokesman. At Oak Forest, he was treated and stabilized and doctors determined he needed additional treatment at Stroger, so he was transferred there by private ambulance, Bright said. Kelly arrived at Stroger at 5:15 a.m. Kelly was treated by doctors and pronounced dead at 10:46 a.m., said hospital spokesman Marcel Bright. Chicago Police are conducting a death investigation along with Country Club Hills police. Oak Forest Hospital officials alerted authorities of Kelly’s whereabouts about 3 a.m., Welch said. Police found vomit in the lumber yard parking lot, Welch said. “We are treating this as a death investigation–it’s a possible homicide or suicide, but it’s a high-profile case so we have a homicide level investigation,” Welch said.