Since 2005, Media Monarchy has covered the real news about politics, health, technology and the occult - all remixed with music and media that matters.
Home > @MediaMonarchy, #MediaMemes, #MorningMonarchy 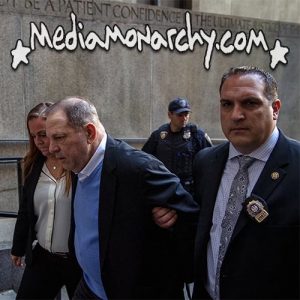 Perp walks, streaming deals and the new 'Disenchantment' + this day in history w/the "man on the Moon" and our song of the day by the Get Up Kids on your Morning Monarchy for May 25, 2018.

Good news: Harvey Weinstein will be forced to do a perp walk in front of the NYC media. // Bad news: they already negotiated bail: the presiding judge will set bail at around $2 million. Seen as a potential flight risk, we hear he will also be required to give up his passport.
https://twitter.com/JohnDoe78359022/status/999837745794121728

#WoodyAllen's son #MosesFarrow defends father over sexual assault claims; Says he "can no longer stay silent" about accusations made by sister, claims she was coerced into making them
https://twitter.com/mediamonarchy/status/999456887123804160

"We were shocked by these disturbing allegations and we were not previously aware of them" - @DaveMatthewsBnd officially boots #BoydTinsley amidst allegations of sexual misconduct
https://twitter.com/mediamonarchy/status/998398745229246466

R Kelly Spotify streams have actually increased, despite being removed from playlists
https://twitter.com/NME/status/999025623434711040

The famed whistleblower, trans activist, and current Senate hopeful talks about some of her favorite dance tracks
https://twitter.com/pitchfork/status/997597736940777472

Dutch parody of Israel's eurovision song has Israel fuming, but it's a truth-bomb-improvement on the original
https://twitter.com/PalObserver/status/999429181892153344

I told you that Obama would not go away! Massive Boycott Underway Over Obama-Netflix Partnership
https://twitter.com/freemantv/status/999305705483132928

Let's not forget Susan Rice is already on the Netflix board of directors. For anyone who thinks this doesn't matter, or that it's "cool," I suggest reading Neil Postman's 1985 book "Amusing Ourselves to Death." Oh, and looking up the word "propaganda."
https://twitter.com/CommonScentsPod/status/998655920501600256

Bit of a propaganda update here, packaged - as always - as for the good of the future: Obama: My Netflix Projects Will Help 'Train the Next Generation of Leaders' and Heal Our Political Divide
https://twitter.com/CommonScentsPod/status/999817723059363841

“It can go too far the other way, where people feel forced to talk about it, but they haven’t given it too much thought.” - #ArcticMonkeys on rock band’s newfound political evangelism
https://twitter.com/mediamonarchy/status/998659759438938112

Philip Roth, the prize-winning novelist and fearless narrator of sex, death, assimilation and fate, from the comic madness of "Portnoy's Complaint" to the elegiac lyricism of "American Pastoral," died Tuesday night at age 85.
https://twitter.com/CourageSower/status/999306579068444674

Bill Gold, who created posters for “Casablanca,” “A Streetcar Named Desire,” “Alien,” “Mystic River” and hundreds of other films for nearly 70 years, has died
https://twitter.com/boozeleprechaun/status/998556724750626816

#ThisDayInHistory: #May25 w/JFK, in 1961, announces before a special joint session of the Congress (with LBJ rolling his eyes) his goal to initiate a project to put a "man on the Moon" before the end of the decade. (Audio)
https://twitter.com/mediamonarchy/status/1000070996559216640

Flashback: Israel almost shot down Blair Force One (May 25, 2008)
https://mediamonarchy.com/2008/05/israel-almost-shot-down-blair-force-one/