Since 2005, Media Monarchy has covered the real news about politics, health, technology and the occult - all remixed with music and media that matters.
Home > @MediaMonarchy, #Geopolitiks, #MorningMonarchy 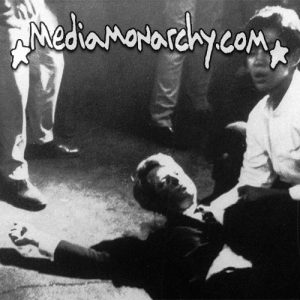 RFK must die, CIA makes card games and abnormal sound events + this day in history w/the Jonathan Pollard spy scandal and our song of the day by Ghost on your Morning Monarchy for June 4, 2018.

Fact Check: Obama and the FBI — Connect the Dots
https://www.snopes.com/fact-check/obama-fbi-connect-dots/

In his new memoir, John McCain concedes that the war in Iraq he fought so hard to launch and then escalate now “can’t be judged as anything other than a mistake, a very serious one, and I have to accept my share of the blame for it.”
https://twitter.com/mtracey/status/1000065419334561794

Chance the Rapper is doing his best to harass Obama and keep him out of Chicago
https://twitter.com/ShawnCathcart/status/999487467354034176

The CIA made a card game for training agents. "You might face an Al-Shabaab attack in Kenya or you might have to figure out how to deal with a Russian cryptocurrency program..."
https://twitter.com/TimWherry/status/998867929310662656

When the CIA Infiltrated a Presidential Campaign
https://twitter.com/XEyezWideOpenX/status/999893660127789056

Sounds like the TSA would appreciate it if Santa Fe would get its security ducks in a row (and march them, one-by-one, through the new body scanner).
https://twitter.com/SantaFeReporter/status/1000141137548492800

#TommyRobinson arrested for “breaching the peace” outside court during #GroomingGangs trial; “I haven’t said a word…I’ve done nothing,” far-right figurehead pleads as he is detained by officers 👮👮‍♀️
https://twitter.com/mediamonarchy/status/1000140173651230720

Russian authorities called for "the most severe punishment possible" for the man who damaged a painting of the 16th-century tsar killing his son
https://twitter.com/AFP/status/1001147651365142528

So there you have it. What Western media called reform in Saudi Arabia, was in reality a plan devised by Cambridge Analytica's parent company to use the techniques of "Aristotle and Hitler" to keep the Saudi dictatorship afloat...
https://twitter.com/tparsi/status/1002175229387567104

Denmark bans Islamic full-face veil in public places. Under the new law anyone who wears a garment that hides the face in public will be punished with a fine of $156. The new rule which will take effect on August 1 was presented by the center-right government.
https://twitter.com/PressTV/status/1002208569696112641

Belgian politician, in Belgian Parliament, exposes the complete hypocrisy of the West on #Israel War Crimes: "If any other country had done a quarter of what Israel has done we would have imposed sanctions." (Audio)
https://twitter.com/Bongosodij69/status/1000699792895422465