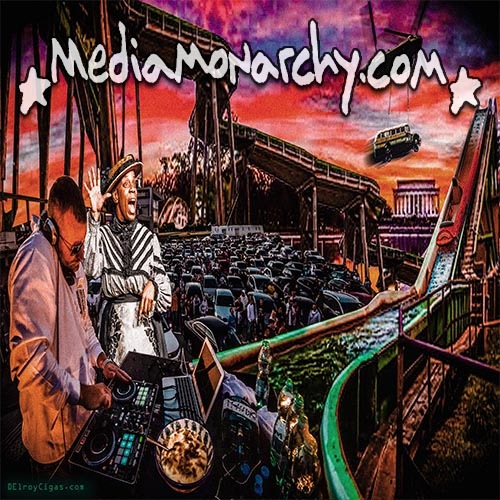 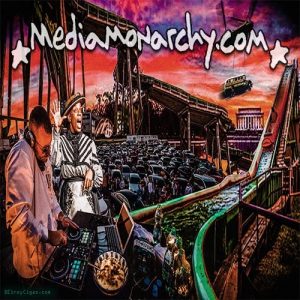 Lost boys, unplugged auctions and the blank badge + this day in history w/the 'Gone With The Wind' re-release and our song of the day by All The Damn Vampires on your Morning Monarchy for June 26, 2020.

Covidneyland Says It Has 'No Choice But to Delay' Reopening of Disneyland and California Adventure Parks
https://twitter.com/CourageSower/status/1276007653106278400

This statue, the Emancipation Memorial, was paid for entirely by freed slaves and Frederick Douglas spoke at its dedication. (Audio)
https://twitter.com/Hagstrom_Anders/status/1275591387367575555

For nearly a decade, we witnessed the rise of the #girlboss, a problematic brand of unapologetic millennial (often White) female ambition. Now her time has come to an end.
https://twitter.com/GENmag/status/1275449404107796481

This story went from bad to worse. First, local news (@WLK) said police were interested in interviewing a driver who struck a protester. @WLKY purposefully omitted the first part of the video showing protesters attacking the driver. (Audio)
https://twitter.com/ian_mckelvey/status/1274873178125488128

I notice that the mob are hounding on Mel Gibson today // They're mad they can't cancel him because he makes and produces his own films, literally one of the most successful independent filmmakers of all time with *the* most successful indie film of all time
https://twitter.com/steveetienne3/status/1275477915875057664

Sammy Hagar Vows to Play Concerts Regardless of Coronavirus: ‘If Some of Us Have to Sacrifice on That, OK’
https://twitter.com/CourageSower/status/1276004827831533576

According to a report, multiple wrestlers and employees in the #WWE have tested positive for COVID-19, another hit as sports attempt to make a return.
https://twitter.com/937theFan/status/1275909316399300608

Pittsburgh Steelers quarterback Ben Roethlisberger opened up about his past addictions to alcohol and pornography at a virtual conference.
https://twitter.com/CourageSower/status/1275897476386447360

With Covid-19 protocols in place, Netflix is back in production. How is the streaming giant adapting to the new order of film-making?
https://twitter.com/FinancialTimes/status/1274810586270965761

One hundred and twelve socially distanced cars’ worth of concertgoers caught Grateful Dead tribute band Detroit Lightning (of Santa Fe) on Saturday for the first local and state government-approved show since the COVID-19 pandemic broke out in March.
https://twitter.com/thenewmexican/status/1275139002920730625

In 1968, a Palo Alto teenager convinced Thelonious Monk to play a concert at his high school to ease racial tensions in the community. Now, more than 50 years later, that concert has been rediscovered and remastered. It will be released on July 31.
https://twitter.com/michikokakutani/status/1274609843685543936

Seattle police investigate a weekend shooting in a park in the city’s protest zone that killed a 19-year-old man and critically injured another person. No arrests had been made.
https://twitter.com/APWestRegion/status/1274881743124934657

Looks like @AP got the memo/threat from the @nytimes and their friends at @BrookingsInst
https://twitter.com/mediamonarchy/status/1274907051752382469

Bus 142, a symbolic icon for many of us with transcendental ideals. Into The Wild, both the book and film, had a huge impact on my own awakening. RIP #ChrisMcCandless // The magic bus, from #IntoTheWild where Chris McCandless died has been removed today. Due to lot of people trying to hike through the woods endangering their lives trying to reach it. Well, fuck me! This thing was on my bucket list
https://twitter.com/g3rd3r/status/1276038753463631872

#AlbumAnalysis: Blank Badge - 'The Mantrasonic Evocation of Grant Morrison' // "The recording was conceived as a ritual to tap into the memetic spirit of comic book writer, musician and mystic #GrantMorrison, in order to seek a blessing of sorts." ⚪️ (Audio)
https://twitter.com/mediamonarchy/status/1276425732437053440

Here's #NewMusicFriday for 6/26/2020. There's 17 songs on the new album by @kylenixmusic Sweet new Austrian Americana by @PrinzGrizzley as well as great stuff from #RemoDrive #Khruangbin #Soccer96 #TheRentals and more.
https://twitter.com/PumpUpThaVolume/status/1276359364945891339