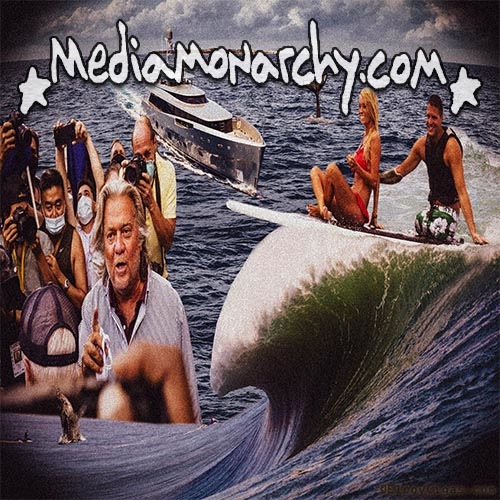 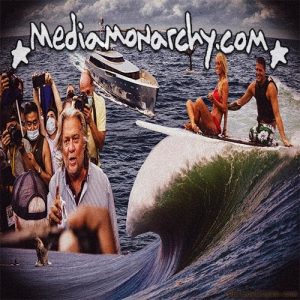 Saving the world, tyrant talk and aerial arsenals + this day in history w/Charlie Hustle and our song of the day by Secret Machines on your #MorningMonarchy for August 24, 2020.

#KamalaTheCop’s former boyfriend, SF Mayor #WillieBrown, got a phone call on the evening of 9/10 with a warning about flying the next day
https://twitter.com/mediamonarchy/status/1293308926935445504

"Trump says Biden is “against God” and would “hurt the bible”. Such differences cannot be split. It is all or nothing in 2020." Me on how Obama's former worldview in which what united Americans exceeded what divided them is well and truly buried.
https://twitter.com/EdwardGLuce/status/1296389190180118528

Baldwin is exactly correct in his assessment. I’ve said from the beginning. Obama was the means to Trump. Trump is the means to the end.
https://twitter.com/GrantDGriffiths/status/1297554511607803906

REPORTER: QAnon believes you are secretly saving the world from this cult of pedophiles and cannibals. Are you behind that? TRUMP: Is that supposed to be a bad thing? We are actually. We are saving the world. (Audio)
https://twitter.com/atrupar/status/1296208610234634240

OK so everyone has seen the "viral" photo going around of the piles of mailboxes in Wisconsin being used as evidence that Trump is sabotaging USPS. Problem is, they have been there for years: Hartford Finishing Inc. powder coats and refurbishes the old mailboxes.
https://twitter.com/garyhe/status/1295360446795583491

Think tanks are institutions which pay academics to think up reasons why it would be smart and good to do something evil and stupid, then insert those reasons into key points of influence. MSM cites them as authorities on foreign policy because MSM is propaganda.
https://twitter.com/caitoz/status/1297245078121934850

No Jab No Play, No Jab No Pay: National and state legislation in relation to immunisation requirements for child care (AUS)
https://twitter.com/mediamonarchy/status/1296509147609837568

Police are preparing to launch their aerial arsenal as part of a crackdown on COVID rule breakers. High powered drones will be used to find people not wearing masks, and cars too far from home. (Audio)
https://twitter.com/7NewsMelbourne/status/1295277876665671681