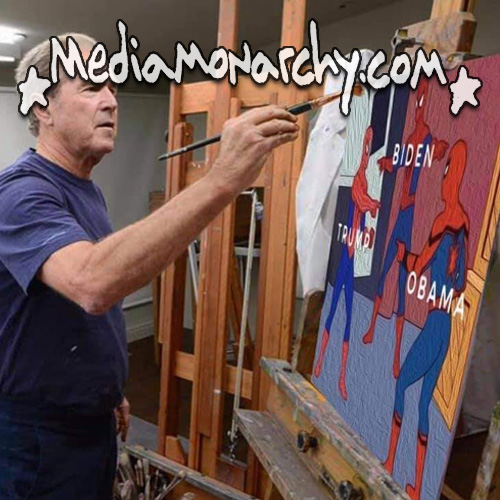 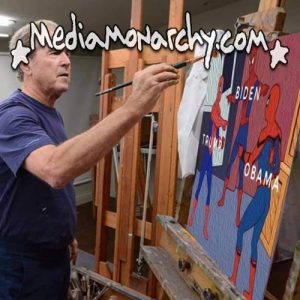 Orange you glad, temporary halt and pepe diplomacy + this day in history w/the execution of William Wallace and our song of the day by Dedfela on your #MorningMonarchy for August 23, 2021.

Image x 4: Bush paints Spider-Man double memes // Afghans fall like sprinkles onto Biden's ice cream cone // A tearful Obama watches as the Taliban take over a hospital he once bombed // Lisa Simpson: The same people that took 20 years to replace the Taliban with the Taliban are now fighting a war with Covid
https://twitter.com/mediamonarchy/status/1429572267269267459

If you think the Afghanistan exit was accidentally botched, or if dead Americans in Afghanistan isn't exactly what the MIC is hoping for, I give up on you.
https://twitter.com/chrisamidon/status/1428783791246614535

Image: Most UN picture ever. Taliban pointing his AK at a group of protesters in front of the UN sustainable goals mural.
https://twitter.com/JtheHussar/status/1428433659686703109

Image x 4: US facing 'massive shortage' conspiracy theories as all of them have come true // Men that voted for Biden have White Claw camel toes // Stand with the Obamas, resist mask mandates at large gatherings // It's raining Afghan men
https://twitter.com/mediamonarchy/status/1429574311094853636

Rashida Tlaib Supports Legislation Canceling Rent. She Also Made Up to $50,000 as Landlord Last Year.
https://reason.com/2021/08/19/rashida-tlaib-supports-legislation-canceling-rent-she-also-made-up-to-50000-as-landlord-last-year/

Tennessee’s former top vaccination official told investigators she received a dog muzzle in the mail that she deemed to be a threat, however, it was bought on an Amazon account and with an American Express card under her name, a state investigation finds.
https://twitter.com/NBCNews/status/1427762671550615553