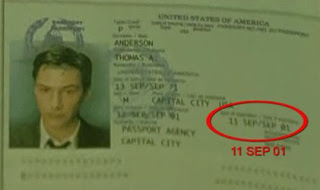 nist & cnn say wtc7 'mystery solved': minor fires brought a 47-story steel skyscraper down in seconds
from jones report: NIST’s wizards of balderdash have now officially concluded that fire caused the swift, symmetrical collapse of WTC Building 7 – offering essentially no explanation at all, other than ruling out alternative explanations (which were not scientifically tested in their research) as not credible. CNN’s Wolf Blitzer reports that the WTC7 building collapse is “mystery solved” – showing footage of head NIST ‘investigator’ Dr. Shyam Sunder making claim that the 47-story steel skycraper is the first in history of its kind to collapse ‘mainly due to fire’ despite the fact that NIST’s own report – previously leaked – shows that the visible fires had all died out hours before the collapse, making it impossible for fire to be the cause.

scott forbes: wtc 'power down' & 'elephant in the room'
from 9/11 blogger: Scott Forbes reported a "power down" for approximately 36 hours in the South Tower of the World Trade Center the weekend (8th to 9th) prior to September 11th 2001. The "power down" conditions meant that for the floors his company Fiduciary Trust operated in (floors 90 and 94-97) there was no electricity - meaning CCTV cameras were out of operation and security doors were unlocked. Despite contacting the 9/11 Commission through their website and by mail, Scott was never acknowledged or contacted. Watch him here in his first ever video interview, an excerpt from the new feature-length documentary - 'The Elephant In The Room'

ntsb flight data: 77 couldn't have crashed into pentagon
from existentialist cowboy: NTSB data indicates Flight 77 never dropped below 273 feet! Therefore, Flight 77 could not have crashed into the Pentagon. The Pentagon is only 71 feet tall. Secondly, according to the black box data, Flight 77 could not have damaged the light poles. 77 was much too high (the poles are only 40 feet) and on the wrong trajectory. Dare we hope that this is the wooden stake driven into the heart of vile, evil, official lies about 9/11? Data released by the NTSB in response to an FOIA request by Pilots for 9/11 Truth are nothing less than the raw "block box' file, the official 'flight data' recorded from Flight 77. It's a digital record of everything that happened on that flight from take off. Additionally, altitude and position are confirmed by the beacon at nearby Reagan National Airport. The data proves that the US government is lying to us about 9/11.

- Rather’s language suggests he has knowledge of a news clip in custody of CBS in which Giuliani “holds up” what he claims is a “flight data recorder” from the WTC wreckage.

- Rather introduces this clip, but immediately a BBC-style “technical problem” prevents its being aired.

- Giuliani would not make such an announcement to the national media casually–much less “hold up” the object in question–without confirmation that what had been found was indeed a “flight data recorder” and not the remains of some other electronic appliance from the debris.

This episode supports claims by FDNY personnel and an NTSB “insider” that the WTC “black boxes” were in fact found, and suggests the actual moment the blackout curtain descends on this matter in the corporate media.

wtc7’s oem bunker unmanned on 9/11
from 9/11 blogger: In 1999, NYC Mayor Rudy Giuliani constructed a $13 million emergency command retreat on the 23rd floor of World Trade Center Building 7—an armored, self-contained facility designed to provide a safe haven for leadership in the event of a natural disaster or terrorist attack. But several first responders interviewed after 9/11 claim that the Office of Emergency Management’s Emergency Operations Center (OEMEOC) was empty and “deactivated” as early as 9AM on the morning of September 11th, a time when just such an emergency was in full swing.

9/11 memorial 'shanks' town’s name
from free-lance star: The Pennsylvania Department of Highways Web site notes that the Sept. 11, 2001, crash of United Flight 93 "put Shanksville on the international map of terrorism." Unfortunately, that worldwide reputation hasn't been enough to keep the southwestern Pennsylvania borough's name from being misspelled. Media outlets have done it. Bloggers have done it. Even the Justice Department did it in a news release eight days after the terrorist attacks - adding an extra 'e.' Now that mistake literally is carved in stone.

from truthnews: Insiders love bragging to one another about being on the inside– perhaps that’s one explanation for an abundance of illuminati symbolism in mainstream media and corporate logos. Among the interesting references to 9/11 that have been uncovered in media released before 9/11 is a passport for ‘Neo’ in blockbuster film The Matrix, released in 1999. The passport– in Neo’s file– shows an expiration date of ‘11 SEP 01,’ seemingly now an eerie coincidence found in the smallest of details.