UPDATE2: Upon further review, it looks as if this was reported a few minutes after the actual collapse at 5:20 PM, so it might not have been a live shot. So it isn't as damning as the BBC and CNN clips are, but it is still strong evidence indicating that someone was feeding the media with the structural damage story in advance. The fact that they were parroting the official story of the WTC-7 collapse minutes after the event is ridiculous even after they watched the building come down at free fall speed.

UPDATE: I might have rushed to get this out a bit too quickly last night without verifying the time stamp on the clip. I'll review the archives again and double check to see if the timestamp matches up with the actual building collapse. The thumbnails indicate that this might have been reported a few minutes past 5:20 PM EST. If it doesn't match up with the actual time of the event than they might have been looking at a taped version of the collapse. Either way, there is no disputing the BBC and CNN clips of foreknowledge and there is no doubt that Fox-5, the BBC and CNN were being fed the same information for the cover story of the collapse. Even if they are watching a taped version, it is ridiculous that they already had a prepared report that mirrors the official story of the collapse minutes right after the building fell.

from rogue government: Amazingly, it appears now that CNN and the BBC weren’t the only news agencies to have been fed and reported on this information prior to WTC-7’s actual collapse. Video footage straight from the September 11th, 2001 Internet archives shows the news anchors from Fox’s Washington DC affiliate Fox-5 reporting that a 47-story building had collapsed in downtown New York City and just moments later their own video footage shows the same building they said already collapsed, collapse at free fall speed. The video clip is surreal. Watch the approximately three-minute long segment below. The raw WMV file can be downloaded here, or view the full clip from the Internet Archive, here.

controversial book by aram schefrin shows other side of 9/11

from american chronicle: On Sept. 11, 2001, America came to a standstill. Terrorists flew their planes into the New York Trade Centers killing thousands. Another plane flew into the Pentagon, killing even more. Who were these people who had such a vendetta against America that they would give up their lives in the name of religious freedom? Aram Schefrin can tell you, as he´s written them into a book titled Marwan: The Autobiography of a 9/11 Terrorist.

jersey girls call for new investigation after revelations of white house, commission ties
from raw story: The widows whose political activism was largely responsible for the establishment of a commission to investigate the September 11 attacks say a new book revealing the backstory of the 9/11 Commission proves that their initial concerns about its executive director were correct and demonstrate the need for another investigation.

flight 93 memorial land deal in somerset county almost ready
from pittsburgh tribune-review: Most of the land required to construct the Flight 93 Memorial in Somerset County is expected to be purchased soon from PBS Coals, which earlier agreed to treat mine drainage from the land.

rice was 'uninterested in advising the president' before 9/11, wanted to be his 'closest confidante' 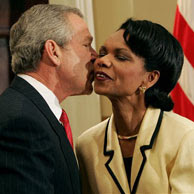 from thinkprogress: (On February 5), New York Times reporter Philip Shenon will release his book The Commission: The Uncensored History of the 9/11 Investigation, revealing “failure at the highest levels of the United States government.” Shenon singles out Condoleezza Rice as inept, more interested in being President Bush’s buddy than securing the nation. Newsweek editor Evan Thomas writes a preview of the book...

ties between white house & zelikow
from 9/11 blogger: The Sept. 11 commission's executive director had closer ties with the White House than publicly disclosed and tried to influence the final report in ways that the staff often perceived as limiting the Bush administration's responsibility, a new book says.

building at world trade center is a showcase of terrorproof technologies

from csmonitor: It has been hailed as the safest building in the world, its 52-stories of glass elegance belying a concrete core built to be a bunker in the sky. It is the first skyscraper to be completed at the World Trade Center site, and as it approaches its second anniversary, its innovative architecture and endlessly redundant security features – most of them designed from the lessons of the Twin Towers catastrophic collapse – offer a template for high-rise buildings in a post-9/11 world. 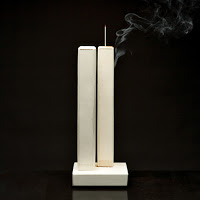 from radar: Rudkowski and his cohorts are not the only ones suspicious of the official story of 9/11. According to polls by Scripps Howard, Radar, and others, nearly 40 percent of Americans believe that the government conspired in, or had precise foreknowledge of, the 9/11 attacks. Despite the fact that they outnumber both registered Democrats and Republicans, they tend to be invisible in the mainstream media. But the activist fringe of this demographic, the so-called 9/11 Truth movement, has recently become restless in its status.

key 9/11 commission testimony based on torture
from msnbc: The 9/11 Commission suspected that critical information it used in its landmark report was the product of harsh interrogations of al-Qaida operatives - interrogations that many critics have labeled torture. Yet, commission staffers never questioned the agency about the interrogation techniques and in fact ordered a second round of interrogations specifically to ask additional questions of the same operatives, NBC News has learned.