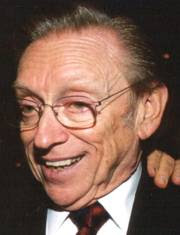 from ap: A judge says developer Larry Silverstein cannot recover more from the aviation industry than the $2.8 billion value of the World Trade Center if his lawsuits succeed. Federal Judge Alvin Hellerstein made the determination in a ruling filed Thursday. The decision carried Wednesday's date. Hellerstein rejected Silverstein's claims that his company would be entitled to as much as $16.2 billion from American Airlines, United Airlines and other aviation defendants. A lawsuit on behalf of Silverstein's companies claimed that negligence by the airlines allowed the terrorists to hijack planes that struck the twin towers on Sept. 11, 2001. The aviation defendants denied liability. A call to Silverstein's lawyer wasn't immediately returned.

families' 9/11 liability suit could go to trial
from raw story: A federal district court judge in Manhattan said Monday that he will decide whether or not a suit brought against US airlines by families of several victims of the Sept. 11, 2001 attacks, may proceed. “I would like some truth and accountability, and I want the public to hear it,” said Mike Low, whose daughter Sara was a flight attendant on American Airlines flight 11. Low spoke with the Boston Globe for a Monday report. The families of Barbara Keating, 72, Mark Bavis, 31, and Sara Low, 28, asked Judge Alvin K. Hellerstein to allow their full liability suit against airlines and security companies in Boston to progress to trial. The suit alleges that security at Dulles International Airport, Newark International Airport and Logan International Airport was negligent in allowing the alleged terrorists to board the flights. To date, no family members of Sept. 11 victims have had a day in court. Over 3,000 families have instead accepted lucrative settlements from the federal victims compensation fund, with the average figure hovering in the range of $2 million.

from raw story: New York Times scribe James Risen has been at the forefront of uncovering President Bush's most cavalier redefinitions of executive power. Bush likes to tout the fact that there has not been another domestic terror attack since Sept. 11, 2001, as justification for his extreme and perhaps illegal policies, like the warrantless eavesdropping on Americans that Risen and Times colleague Eric Lichtblau first revealed. Risen scoffed at this excuse, comparing it to a joke about a man who puts a "No Elephants" sign in his backyard and credits it with keeping the creatures away. "I think the basic storyline is going to be in the long run that 9/11 was a fluke," Risen said in an interview with the American News Project. "They got lucky. We weren't really ready or prepared to deal with an operation like that; it was really a failure of imagination."

james risen: 9/11 was a fluke
from 9/11 blogger: The "No Elephants" sign is funny and appropriate, but it seems, at the least, premature, without a full investigation, to come to the conclusion that 9/11 was "a failure of imagination"- when 70% of the families' questions were ignored and haven't been addressed by the MSM responsibly - unlike drunk driving celebs and missing white women- and more info has come out since, including info on what's being withheld... Especially when this is the guy who broke the story on the NSA warrantless wiretapping.

fratto: 'no one could have anticipated' terrorists flying planes into buildings before 9/11
from thinkprogress: The Bush White House is in full-throttle spin mode, attempting to repair the President’s badly tarnished legacy. This afternoon, Fox News lent a hand in the effort to revise history. In an interview with White House press spokesman Tony Fratto, Fox anchor Jon Scott claimed that, prior to 9/11, “nobody was thinking” that terrorists could fly planes into buildings as an act of terrorism. Fratto agreed... 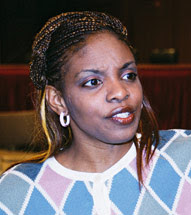 from raw story: A career Army specialist who survived the attacks of Sept. 11, 2001, claims that no evacuation was ordered inside the Pentagon, despite flight controllers calling in warnings of approaching hijacked aircraft nearly 20 minutes before the building was struck. According to a time-line of the attacks, the Federal Aviation Administration notified NORAD that American Airlines Flight 77 had been hijacked at 9:24 a.m. The Pentagon was not struck until 9:43 a.m.

On behalf of Spc. April Gallop, who served in the Network Infrastructure Services Agency as an administrative specialist, California attorney William Veale has filed a civil suit against former Secretary of Defense Donald Rumsfeld, Vice President Dick Cheney and former US Air Force General Richard Myers, who was acting chairman of the joint chiefs on 9/11. It alleges they engaged in conspiracy to facilitate the terrorist attacks and purposefully failed to warn those inside the Pentagon, contributing to injuries she and her two-month-old son incurred.

"The ex-G.I. plaintiff alleges she has been denied government support since then, because she raised 'painful questions' about the inexplicable failure of military defenses at the Pentagon that day, and especially the failure of officials to warn and evacuate the occupants of the building when they knew the attack was imminent" said Veale in a media advisory.

Spc. Gallop also says she heard two loud explosions, and does not believe that a Boeing 757 hit the building. Her son sustained a serious brain injury, and Gallop herself was knocked unconscious after the roof collapsed onto her office. The suit also named additional, unknown persons who had foreknowledge of the attacks. "What they don't want is for this to go into discovery," said Gallop's attorney, Mr. Veale, speaking to RAW STORY. "If we can make it past their initial motion to dismiss these claims, and we get the power of subpoena, then we've got a real shot at getting to the bottom of this. We've got the law on our side."

the lawsuit's full text is here