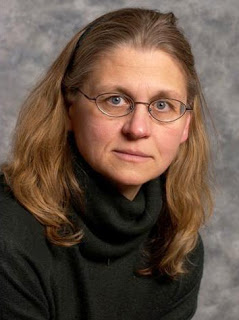 ex-fbi agent: why i support a new 9/11 investigation

from coleen rowley: In the absence of my being there in New York City to stand with the 9/11 families, first responders and survivors, I offer the following statement in support of your goal of a new investigation into the attacks of September 11th and the NYC CAN campaign to place it on the ballot for November. At the time of 9/11, I had been an FBI agent for over 20 years... The official dissembling and excuse-making about the true causes and prior mistakes that gave rise to and allowed the terrorist attacks to happen, almost immediately ushered in the Bush-Cheney Administration’s egregious and lawless, post 9/11 “war on terror” agenda which bore no connection to the original causes and no connection to the goal of reducing terrorism and making the world safer. When I got a chance, about 8½ months after 9/11 to tell what I knew, I did so and my disclosures led to further investigation by the Department of Justice Inspector General and figured in the 9/11 Commission Report. But it was way too late for this emerging bit of truth that has continued to leak out in dribs and drabs to have any impact... Therefore, I fully support the 9/11 families, first responders, survivors and over 60,000 other New Yorkers who have endorsed a new 9/11 investigation in New York City as advanced by ballot referendum this coming November election. 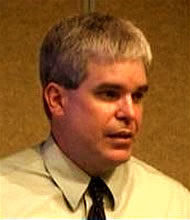 from kevin ryan: On occasion, the public has been asked by George W. Bush to refrain from considering certain conspiracy theories. Bush has made such requests when people were looking into crimes in which he might be culpable. For example, when in 1994 Bush’s former company Harken Energy was linked to the fraudulent Bank of Credit and Commerce International (BCCI) through several investors, Bush’s spokeswoman, Karen Hughes, shut down the inquiry by telling the Associated Press - “We have no response to silly conspiracy theories.” On another occasion, Bush said in a televised speech - “Let us never tolerate outrageous conspiracy theories concerning the attacks of September the 11th.” But paradoxically, we have also been asked to believe Bush’s own outrageous conspiracy theory about 9/11, one that has proven to be false in many ways. One important way to see the false nature of Bush’s conspiracy theory is to note the fact that the World Trade Center buildings could only have fallen as they did through the use of explosives. A number of independent scientific studies have pointed out this fact [1, 2, 3, 4], but it was Bush’s own scientists at the National Institute of Standards and Technology (NIST), through their inability to provide a convincing defense of the official line, who ultimately proved that explosives were necessary.[2, 5, 6, 7] This leads us to ask the obvious question - Who could have placed explosives in the World Trade Center towers?

post-9/11 surveillance went beyond wiretapping
from ap: The Bush administration authorized secret surveillance activities that still have not been made public, according to a new government report that questions the legal basis for the unprecedented anti-terrorism program. It's unclear how much valuable intelligence was yielded by the surveillance program started after the Sept. 11, 2001, terrorist attacks, according to the unclassified summary of reports by five inspectors general. The reports mandated by Congress last year were delivered to lawmakers Friday [jul10].

judge denies bid by airlines to question fbi in 9/11 case
from wsj: A U.S. judge has denied a motion by a group of airlines to depose several Federal Bureau of Investigation agents regarding the government's probes into the Sept. 11, 2001, terrorist attacks in New York and Washington. In an order Thursday, U.S. District Judge Alvin Hellerstein in Manhattan denied a motion by the airlines to question six current and former FBI agents, a potential setback for their defense. The judge indicated the airline defendants hoped to show at trial that the government's failure to apprehend the terrorists and stop the attacks was so considerable that it mitigates and excuses any alleged faults of the airlines and the terrorists likely would have succeeded even if the defendants had exercised due care. "The government's failures to detect and abort the terrorists' plots would not affect the aviation defendants' potential liability," the judge wrote. "Moreover, efforts to prove these propositions would cause confusion and prejudice, and burden court and jury with long delays and unduly lengthy trial proceedings." The rulings relate to three wrongful death cases and 19 property-damage cases. The defendants include units of UAL Corp. (UAUA), US Airways Group Inc. (LCC), Delta Air Lines Inc. (DAL), Continental Airlines Inc. (CAL) and AirTran Holdings Inc. (AAI). A lawyer for the airlines didn't immediately return a phone call seeking comment Thursday. The judge did allow some of the testimony of two of the FBI agents from the trial of Sept. 11 conspirator Zacarias Moussaoui, who is serving a life sentence - namely what they learned in their investigations. "Testimony as to what their superiors did or did not do is not relevant, and is not admissible," the judge said. The judge also denied a motion to admit the 9/11 Commission report as a whole as evidence in the case, instead only admitting the chronology provided in the report.

new arguments in 9/11 case
from nytimes: A federal appeals court in Richmond ordered new arguments in the case of a Sept. 11 conspirator, Zacharias Moussaoui, the only person to stand trial in an American court for the terrorist attacks. A panel of the United States Court of Appeals for the Fourth Circuit heard arguments in the case in January, but one of the judges retired last week after receiving a diagnosis of early onset Alzheimer’s disease. Mr. Moussaoui is serving a life sentence after pleading guilty to helping plan the attacks, which killed nearly 3,000 people. He has changed his story and has asked for a new trial.

relative of 9/11 victim frustrated by obama efforts to close gitmo
from foxnews: President Obama's executive order to close the Guantanamo Bay detention center by January and halt military trials of terrorism suspects there has revived painful memories of the Sept. 11 terrorist attacks for some relatives of the victims. Obama has promised relatives of the victims that they would be part of the process of closing the prison. In February, he met with roughly 40 family members of the victims and said he wanted what they do: justice for their loved ones. But some relatives have been frustrated by the administration's effort. "I didn't go in there prepared for how frustrated I'd be afterward," said Melissa Long, referring to a meeting last month with Obama officials. "They listened, only one of them took notes and the rest of them took flak. They took a lot of heat. There was a lot of questions unanswered."