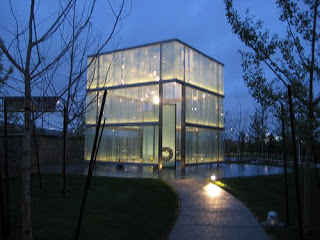 from boston herald: Three families who lost loved ones in the 9/11 terrorist attacks head to court today to plead with a federal judge to release a million pages of documents detailing the mass murder of nearly 3,000 Americans. Those secret papers, one Bay State family member told the Herald, are “so bad you won’t believe it... It was out control,” Paul Keating, 45, said of security on Sept. 11, 2001, including at Logan International Airport in Boston where two ill-fated jets left on a collision course with infamy. “My mother went through the most public murder you could imagine... and I’ve been putting up with this crap for seven years,” Keating said of his refusal to settle his case out of court. Keating’s 72-year-old mother, Barbara, a Framingham native, died aboard American Airlines Flight 11. Keating is making legal history today, along with the families of Mark Bavis, 31, and Sara Low, 28, by asking Judge Alvin K. Hellerstein in Federal District Court in Manhattan to lift the order keeping all the evidence hidden. Low was a Boston-based flight attendant on Flight 11; Bavis of West Newton, a passenger on United Airlines Flight 175. Both jets left Logan with hijackers on board and were slammed into the World Trade Center’s Twin Towers. “Sept. 11 should not have happened,” said attorney Donald A. Migliori, whose firm represents all three families. He said the secret papers include depositions of former Massport Executive Director Virginia Buckingham and former Logan security chief Joe Lawless. If the documents are released, plans are in the works to make a public archive. As for the three families, they vow to hold out for public trials next year - refusing any share of $7 billion in secret settlements to expose how 19 terrorists brought a nation to its knees.

kin lose bid for release of 9/11 info
from nydailynews: A Manhattan judge on Wednesday dealt a blow to families of 9/11 victims seeking the release of documents they say will reveal how the 19 terrorists slipped past airport security. Judge Alvin Hellerstein rejected three families' request to create a public trove of documents turned over by airlines and security companies during the course of litigation. Hellerstein said forcing the turnover of the documents would bog down efforts to bring to trial suits filed by the families who've refused to accept a monetary settlement of their claims. "Right now, I want to move these cases to trial," Hellerstein said. "That's my goal." There remain just three holdout families out of nearly 100 who chose to pursue litigation rather than accept a settlement from the Sept. 11th Victim Compensation Fund. Hellerstein did not issue a ruling but indicated to the families' lawyer Donald Migliori that he likely would rule against them. Hellerstein's decision stung Mike Low, 66, whose flight attendant daughter Sara died aboard American Airlines Flight 11. He hopes the documents will help others learn more about their loved ones' final moments. Two months ago, Low learned that his daughter relayed the seat numbers of the hijackers to the ground so that federal agents could identify them.