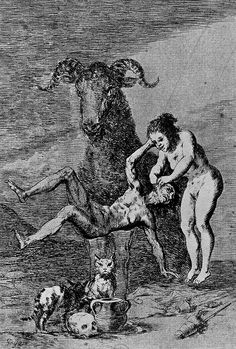 from victorianweb.org: Christianity was dealt blows from all sides in the nineteenth century, altering forever the common system of Biblical image and terminology that people used to communicate. During earlier parts of the century, as industrializing cities grew faster than parishes, Anglicans were unable to supply churches and clerics quickly enough to minister to workers and their families in the densest areas of factory towns. Working-class generations were raised without any knowledge of the existence of Christianity. Among the educated, agnosticism gained favor as Darwin's Origin of Species showed that there was little difference between humans and other creatures. Around the middle of the century, Evangelical Protestantism regained some ground, injecting a righteous morality into the middle class that long outlasted the formal Evangelicalism that spawned it. By the 1880's, even the middle classes were rejecting Christianity--although they retained its message of self-righteousness and morality. For reasons ideological or practical, Christianity's morality and terminology, which had long provided a common literary dialect, were rendered unappealing or inaccessible.

Eventually, the Evangelicals rendered more injury than benefit to the efforts of Christianity as a whole. At least this was the case with many young intellectuals, particularly the aesthetes of whom Oscar Wilde was a member, who detested all things bourgeois--indeed, mostly because of the rigid conservatism and oppressive hypocrisy that the middle classes inherited from their Evangelical days. Many aesthetes were drawn to the Roman Catholic Church, but the attraction was due mostly to the Church's use of beautiful art, sensuous imagery, and ritual in its services. The failure of the more doctrinal elements of even the entertaining Catholic Church to reach the aesthetes is underscored by the intense attraction that so many felt for Occult in its various forms.

The aesthetes' interest in the Catholic Church had as much to do with what it was not as what it was. It was not austere, cold, and gray like its Protestant counterparts. It was more powerful than science because it was more mysterious, and more aesthetically beautiful than a machine or the aggregate image of industry. Still, as the aesthetes gradually realized, it shared an essentially similar and demanding set of rules with Protestantism, which led Oscar Wilde to decide that he preferred Walter Pater's mellower "Religion of Beauty," maintaining a healthy distance from the intellectual repression of Catholicism.

For the same reasons that they embraced Catholicism, the aesthetes became engrossed in supernaturalism of all sorts: mythology, grotesque imagery, the Devil, and Occultism. These were more than sources of potent imagery in their writing. The Occult retained Catholicism's appealing show of smoke and mirrors, but embraced Satan and rejected Christianity outright--and with it the repressive political baggage that Protestantism hauled. By drawing upon Occult imagery in their works, aesthetes achieved both political and creative autonomy by instituting a new language, independent of burdensome, post-Evangelical middle class norms. The Occult, based on worship of a figure who was decidedly "immoral," advanced in the aesthetes' eyes because he was in no position to be evangelically self-righteous or chastely repressive.

Historian Jeffrey Burton Russell agrees that Devil worship is sometimes more a sociological gesture of freedom from the status quo than a show of subversive religious faith:

Such a statement [as Devil worship has been] intended not as a theological proposition but rather as an imaginative challenge and a political program. In his rebellion against unjust and repressive authority, the Devil was a hero. [Mephistopheles, 174]
The Occult's success as terminology for moral allegory in works like Wilde's Picture of Dorian Gray is evidence of the aesthetes' ability to ingeniously invert a moral tradition — using "negative" Occultism to propose "positive" moral values — for instance, those involved with Epicurus' salubrious approach to the soul. By restoring John Milton's Satan-lionizing imagery, using such terminology also provided another way to glorify a time, venerated in Pater's Renaissance, in which beauty preempted productivity.
Membership in the Hermetic Order of the Golden Dawn, founded in 1887, included aesthetes Algernon Swinburne and Oscar Wilde, as well as prominent Irish poet W.B. Yeats. Professor Russell explains how the image of the sensual, beautiful Devil has often become popularized as an attractive focus for literature and Occultist worship:

As psychology struggled to define evil, the literary Devil continued to appear in the Romantic guide of Satan the hero or Satan the noble penitent, but as Romanticism declined into Decadence toward the end of the nineteenth century, the Devil reflected the then fashionable traits of irony and cynicism. In many writers [a footnote lists, among other works, Wilde's Portrait of Dorian Gray and Salome], the Devil is a tiresomely repeated reflection of the poet himself: artistic, rebellious, cruel, sensual, and devouring (235).

The quotation's first fragment alludes to the increased faith that the nineteenth century began to place in science--a hope in which many were disenchanted because of industry. Russell refers primarily to twentieth-century psychology, beginning with Freud and Jung, to provide examples of the ways in which science attempted to demystify its own confusion. However, it should be argued that the abstractions of psychology, and all of science, obfuscated as much as clarified. For a people already afraid of science as embodied in the mechanization of the Industrial Revolution, it was futile to use even more science to try to lift the curtain of Industrial Capitalism's alarming enigma.

Literature, however, eternally with roots in primordial oral folk traditions and Romanticism, was sympathetically human. Instead of trying to use scientific terms to explain why technology caused so much pain, it used human images--such as the Devil and other angels--to equivocate suffering.  Salman Rushdie, who tries to come to terms with the aftermath of Imperialism — which was of course similar to the Industrial Revolution in that both tried to make obedient machines, or slaves, of men — writes:

His father's preoccupation with the supernatural had continued to deepen, until finally he had become a recluse, perhaps in order to escape this world in which demons could steal his own son's body, a world unsafe for a man of true religious faith. [Satanic Verses, 48]
Like Saladin Chamcha's father regretted that England had stolen his progeny, Victorians like John Ruskin lamented a world that turned flesh into senseless metal. The Earthly "demon" is paradoxically reversed to become the Protestant factory owner or imperialist. The aesthetes' Occult terminology — like Rushdie's compelling character — attached a face to mystery, and a comprehensible, romantic escape from a cold, metallic world. A world similar to the one that Ruskin searched for in his Medievalism, and that many aesthetes took from the Classical Greeks and Italy, ancient and Renaissance. Occultism looked good because it apparently had nothing to do with the harsh Evangelical culture that had birthed Industrialism; yet even better: as an inversion of the Biblical tradition it retained enough familiar imagery for its language to be readily learned.

Satan, cast from an eternity of beauty into infinite ugliness, might have felt the same as Oscar Wilde would have in industrialized Manchester. Perhaps Wilde's readiness to poetically glorify his beloved, pastoral Oxford was a yearning for reentry into his Paradise Lost. Like Satan, as the aesthetes saw themselves, the Occult was rebellious and beautiful; rebellious in a world where God — as Russell suggests — equated to hypocrisy, and Evangelism was responsible for ending beauty.

The King of Lies was better suited to an increasingly delusive and alienating world anyway.

Ambiguous and deceptive, a tale like Wilde's Lord Arthur Savile's Crime prematurely opens the door to the self-consumptive tradition of postmodernism by deconstructing its own Occult imagery in having the fortune teller's message be not supernatural at all, but a self-fulfilling prophecy. In Savile's chiromantist-murder, Wilde snaps off the new hand of Occult literary terminology that has fed him.