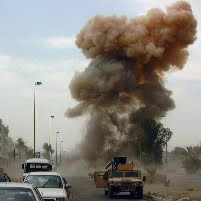 from allgov: Warlocks, the jamming technology used by the U.S. military to thwart roadside bombs in Afghanistan, fell into the hands of the Taliban more than two years ago, according to an Army intelligence document obtained by WikiLeaks. The equipment may have been subsequently shipped to Iran where researchers tried to figure out how Warlocks works by using reverse engineering.

Warlocks is designed to scramble signals such as those sent from cell phones to detonate improvised explosive devices (IEDs), which have been a leading cause of death and injuries for American soldiers.

It is unknown whether the capture of the anti-IED system resulted in the Taliban overcoming the jamming technology. Steven Aftergood, director of the Project on Government Secrecy at the Federation of American Scientists, said it’s possible the Army developed a new system to replace the Warlocks that may have been compromised. “Nothing ever stands still. The Army is always upgrading, creating newer measures to deal with new threats,” Aftergood told NextGov.