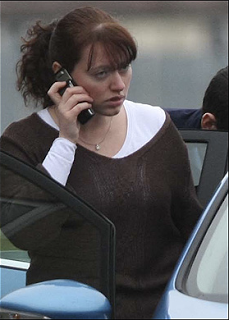 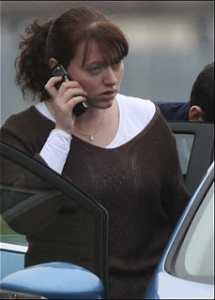 from the sun: A Heathrow security man was quizzed by police after ogling a girl colleague "naked" in a new anti-terror body scanner. Jo Margetson, 29, reported John Laker, 25, after he took her picture with the X-ray gadget and made a lewd comment. The pervy guard leered and told her: "I love those gigantic tits." She had entered the X-ray machine by mistake - and was horrified when Laker pressed a button to take a revealing photo.

Laker, who faces the sack, was the first airport worker to be caught abusing the controversial new devices. They were brought in by the Government after the Christmas Day underpants bomber tried to blow up a flight to Detroit. They produce full-body "nude" images of passengers to locate hidden weapons or explosives. This includes clear outlines of genitalia. Opponents of the scanners, including anti-paedophile groups, have furiously condemned their use. After Laker sneaked a look at her body and made the remark, horrified Jo told her bosses and police at the West London airport.