alcohol more harmful to your health than heroin & crack 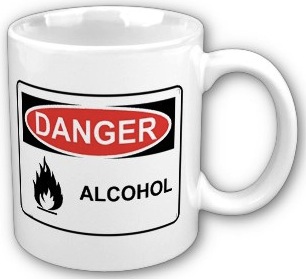 from natural news: Scientists from Britain's Independent Scientific Committee on Drugs (ISCD) recently released a study that assessed which drugs cause the most overall harm to both users and society. According to their analysis, alcohol is the most harmful drug, scoring higher on the list than both crack cocaine and heroin.

Published in the journal Lancet, the study used a system called multicriteria decision analysis (MCDA) to assess damage caused by various drugs. Nine of the criteria evaluated specific harm inflicted on users of the drug, while seven criteria looked at the harm caused to others. Upon investigation, alcohol scored nearly three times more harmful than cocaine and eight times more harmful than ecstasy.

"It is intriguing to note that the two legal drugs assessed -- alcohol and tobacco -- score in the upper segment of the ranking scale, indicating that legal drugs cause at least as much harm as do illegal substances," said David Nutt, chairman of ISCD, and author of the study. His report concluded that "aggressively targeting alcohol harms is a valid and necessary public health strategy."

Nutt was forced to resign from the British Advisory Council on the Misuse of Drugs (ACMD) last year after criticizing British ministers for ignoring scientific evidence showing that alcohol, which is legal, causes more damage than cannabis (marijuana), which is illegal.

However, critics of the study cite the fact that while the aggregate harm of alcohol may score higher than many street drugs do on the scale, alcohol's actual harm to individual users is less than drugs like ecstasy or LSD, which can actually create holes in the brain and cause permanent brain and neurological damage.