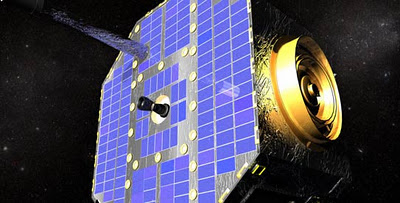 from cbsnews: For the very first time, a NASA spacecraft has detected matter from outside our solar system — material that came from elsewhere in the galaxy.

This so-called interstellar material was spotted by NASA's Interstellar Boundary Explorer (IBEX), a spacecraft that is studying the edge of the solar system from its orbit about 200,000 miles (322,000 kilometers) above Earth.

"This alien interstellar material is really the stuff that stars and planets and people are made of — it's really important to be measuring it," David McComas, IBEX principal investigator and assistant vice president of the Space Science and Engineering Division at Southwest Research Institute in San Antonio, said in a news briefing from NASA Headquarters in Washington, D.C.

An international team of scientists presented new findings from IBEX, which included the first detection of alien particles of hydrogen, oxygen and neon, in addition to the confirmation of previously detected helium.

These atoms are remnants of older stars that have ended their lives in violent explosions, called supernovas, which dispersed the elements throughout the galaxy. As interstellar wind blows these charged and neutral particles through the Milky Way, the IBEX probe is able to create a census of the elements that are present.