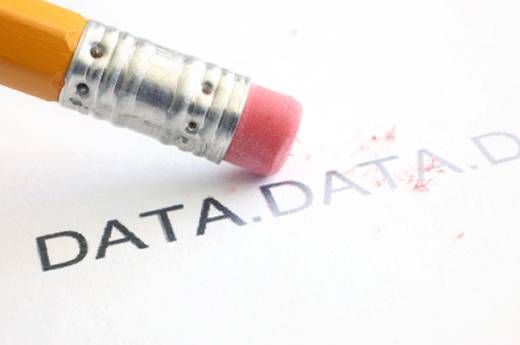 Americans Will Never Have the ‘Right to Be Forgotten’

from time.com: Americans
shouldn’t expect the same privacy protections as in Europe, where a top
court has ruled citizens have a "right to be forgotten"

Privacy has just taken on new meaning in Europe. The European Union’s highest court has ruled
that any of the region’s 500 million citizens can compel Google and
other search engines to remove information about them from the
companies’ search results, even if that information is neither
inaccurate nor unlawful. The surprising decision, which Google can’t
directly appeal, is either a bold reclamation of privacy rights in the
digital era or a mandate to let anyone rewrite history as they please,
depending on your perspective. It’s also the clearest sign yet that U.S.
and European data protection laws are heading down divergent paths.

RELATED: How do I Delete Myself From Google?

The European Union has always placed an emphasis on protecting its
citizens’ data. The latest ruling, for a case in which a Spanish lawyer
demanded that Google remove links to an old news article about his
debts, is based on a 1995 European Parliament directive that provided
extensive protections for personal data. The Parliament is in the midst
of passing an even more sweeping update to the law that will make “data
protection first, not an afterthought,” according to the body. A key
tenet of this new policy is the “right to be forgotten,” the idea that
individuals have the right to delete information about themselves that
is not legally required to remain online. “This is the fundamental right
of an individual as opposed to the business right of a company,” says
Marc Rotenberg, president of the Electronic Privacy Information Center.
“When courts are asked to consider those claims, I think they rightly
look more seriously at the individual’s claims first.”

The
U.S. has no privacy protections that even approach the broad aims of
Europe’s laws. It’s not because Europe is the innovator on this
front—former Supreme Court Justice Louis Brandeis first introduced the “right to privacy”
in the U.S. in an 1890 article in the Harvard Law Review that was
globally influential. It’s also not because Americans don’t value their
digital privacy. A recent study
by the Pew Research Center found that 68 percent of American Internet
users believe U.S. laws don’t go far enough to protect individual online
privacy. But a variety of factors mean American privacy legislation
will likely never reach the scope of Europe’s laws.

First, Europe’s new ruling is difficult to reconcile with the First
Amendment, which grants citizens the right to free speech. A U.S. law
that compelled a company like Google to limit the type of content it
shows in search results likely wouldn’t pass muster in American courts,
experts say, because it could be construed as a form of censorship. “The
First Amendment really does prevent this kind of widespread
unpublishing of data,” says Danny O’Brien, international director at the
Electronic Frontier Foundation. “In the U.S., free speech sort of
trumps privacy.”

Americans do have privacy protections, but they’re spread across a
variety of state and federal laws that typically apply to specific
groups of people. For instance, California has a law somewhat similar to
the E.U. ruling that allows people to demand that tech companies delete
their data, but it’s only for minors. On other online issues, like hijacking someone’s digital identity, punishments vary from state to state. With Congress’s ability to pass new legislation near an all-time low,
it’s doubtful sweeping federal change will suddenly come on this front
anytime soon. “The way in which the U.S. protects privacy is through a
patchwork series of laws,” says Andy Sellars, a staff attorney for the
Digital Media Law Project housed at Harvard University. “The EU has
always tended to think of a privacy as more of an overarching thing that
touches on all other domains.”

Money, of course, also plays a role in the way laws are formed.
Though energy company lobbyists are the ones pulling the strings on
shows like House of Cards, Google spent $15.8 million
on D.C. lobbying in 2013, more than Exxon Mobil. “That has played a big
role in what Washington has or has not done,” Rotenberg says. By
comparison, the tech giant spent around $2 million to influence the European Union last year.

Even though the U.S. is unlikely to adopt similar policies, the E.U.
ruling will still have global implications. Sellars says it’s likely
that Google will only delete content in the countries where it is
required to do so. Twitter has this policy,
and Google does it on a small scale for issues such as German laws
banning content related to Nazism. Such measures could lead to a
decidedly different Internet experience on American shores compared to
European ones, a concept known as balkanization that Silicon Valley
views as anathema to the open Internet.

Many questions remain. It’s not clear whether Google will readily
delete data when requested or try to protect its search results by
taking individual cases to local judges, a strategy that could rack up
huge legal fees. The boundaries of what can be deleted are also
extremely vague, with the court only saying that information that is no
longer relevant or timely is game to be scrubbed. Prominent figures
won’t have a right to delete information in the public interest, but
that exception is open to wide interpretation.

Ultimately,
the ruling, which could eventually impact other tech companies like
Facebook and Twitter, will establish a different set of online standards
and expectations based on where users happen to reside. And those
varying standards aren’t likely to be reconciled anytime soon. The
question judges, legislators and citizens will have to grapple with,
Sellars says, is “whether or not the Internet is truly a global platform
where all of us have access to the same information or whether it is
really just something that is going to be recaptured by nations over
time.”