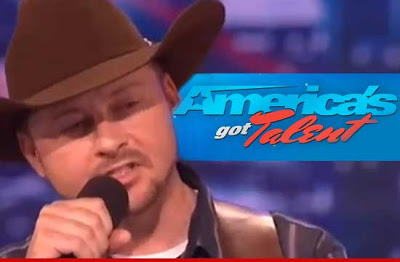 “America’s Got Talent” Singer Believed He Was Injured In War

from ap: A soldier-turned-TV contestant whose claims of being injured in battle were dismissed by military officials says he believed he was telling the truth, but he doesn't know what is real. Timothy Michael Poe appeared on Monday's episode of the NBC show "America's Got Talent," claiming he was injured by a grenade in Afghanistan in 2009, though Minnesota National Guard records don't support his claims. Poe, who now lives in Texas, cried in portions of an interview aired Friday on WFAA-TV in Dallas. He told the station he doesn't know why he "believed things that happened to me, and they might not have?" Poe won over the crowd and celebrity judges on the talent show with a moving story about how he blocked a grenade blast to save his buddies. He said the blast broke his back and left him with a brain injury. The National Guard has said military records show Poe wasn't injured in combat in Afghanistan, and he has been criticized — especially by veterans — since he made his injury claims. Poe also provided a photo to the NBC talent show of a soldier he passed off as himself, though the photo actually shows Staff Sgt. Norman Bone in Afghanistan in 2006. Bone said Friday that Poe's alleged lies disrespect all men and women who've served in the military, and he called Poe's actions "completely wrong." Poe's fiance, Carrie Morris, has said Poe accidentally submitted the photo because he was rushed. Poe has declined requests for interviews from the Associated Press.