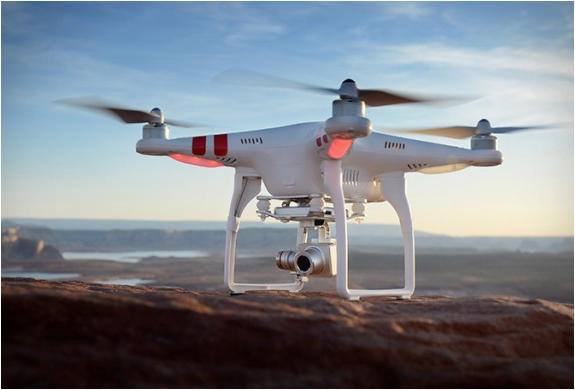 An Ad Company Is Flying Surveillance Drones Over Los Angeles

from motherboard.vice.com: An ad company’s drones
have been quietly collecting location information from Los Angeles
residents’ cell phones for nearly a month, and there’s likely not much
anybody can do about it without regulations in place that cover what
kinds of data drones can hoover up.


Adnear, a global marketing company that specializes in collecting location data from people for companies looking to create targeted ad campaigns, has been flying a modified version of the DJI Phantom II drone over the San Fernando Valley in LA since February 4th, according to a company blog post.
A sensor on the drone tracks devices by collecting data from WiFi
connections and cell tower signals and uses that information to obtain
their unique device IDs.


“The usage of drones for location data
collection would tremendously reduce human intervention and ease the
process of collating data in inaccessible regions,” the company wrote in
a blog post.

“Drones will also enable quick assimilation of a
large-scale location data, which would mean faster new market entry for
us, since it does take much higher effort at present. We are talking a
new level of scale all together.”


Adnear wants to use the data to
serve you hyperlocal ads based on what you’re near at the moment.

The
company did not immediately respond to Motherboard’s request for
comment, and we will update this post if we hear from them.


If
this still all sounds just a little ominous, that’s because it is. The
sensors on Adnear’s drone are likely the same kind they’ve used on
“bikes, cars, trains, and even walking up the stairs,” except now
they’re flying over you. Using cell tower signals to uncover a device’s
ID sounds pretty close to what a StingRay used by police to track suspects by mimicking cell towers does.
That technology works by scooping up all location information from cell
phones in the area, including those from innocent people.

While
Adnear’s approach may not be exactly the same as a StingRay, it’s close
enough to cause discomfort—although, of course, Adnear is using their
technology for commercial gain, not to catch criminals. The company
claims that it doesn’t collect any personally identifiable information,
but it’s hard to see how your phone’s ID is anything but.

Right
now, Adnear is operating quasi-legally. But any illegality would be
because it ran afoul of Federal Aviation Administration commercial drone
rules, not privacy ones. The FAA’s proposed regulations for domestic drone use—arrived
at after five years of legal limbo for drone owners—haven’t gone into
effect yet, and the FAA says it can still limit commercial drone
operations. But even the new regulations do not cover privacy at all,
instead focusing on safety measures. While regulations for airborne data
collection may one day coalesce, they’re not on the immediate horizon.

So, what the company is doing is creepy, but not strictly illegal.

Until
then, possible solutions to avoid drone detection include leaving your
phone at home and not much else. One company has suggested building a
database-driven “no fly zone” for privacy-conscious folks worried about
drones, but that’s a pretty ridiculous idea too,
since that would mean drone companies can change their products’
function without user input. Some communities have tried passing local
laws that limit drone surveillance, but such a proposition seems
unlikely to happen quickly in LA, meaning we’re probably just left
waiting for the FAA.