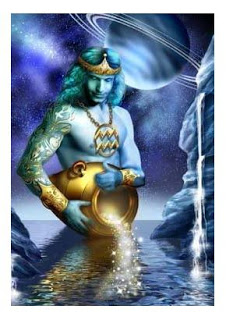 aquarius – the age of evil

Theosophists believe a spiritual change will accompany the passing of the Age of Pisces and the dawn of the Age of Aquarius. In the theosophical view, Jesus Christ is associated with the Age of Pisces and the Age of Aquarius will similarly be associated with the Maitreya. Keith Thompson, a reformed Christian apologist, produced a wonderful documentary, "Aquarius - The Age Of Evil," providing a near complete primer on the New Age movement and its spiritual influence, today. The documentary points out the movement got its name due to this changing of ages from Theosophy. Film is highly informative and does impressive job, making the "New Age" easy to understand. The early traditionally recognized leaders as Madame Blavatsky, Alice A Bailey and Annie Besant are covered. Blavatsky influenced Besant. A glimpse into movement can be gained by reading about Jiddu Krishnamurti, groomed for a time by Besant and colleague C. W. Leadbeater as a vehicle for the coming Maitreya.

More recently, futurist Benjamin Creme, editor of Share International magazine, fills spokesman role for the world teacher of the coming age - the Maitreya. Author Constance Cumbey provides a particularly interesting description of a Creme presentation to a Detroit, MI audience, years ago. Cumbey reports use of hypnotism, and perhaps, a real life encounter between good and evil - very interesting! Creme also crossed paths, in the fifties, with George Adamski and the Space Brothers, according to Illuminati Conspiracy Archive, which also provides verbatim description of "Who Is Maitreya?" from the Share magazine website. The beliefs of Creme and fellow futurist Barbara Marx Hubbard can alarm viewers as described in the documentary!

The Zeitgeist movie, is also, singled out as spreading word that Jesus was not unique. Zeitgeist, part One, is the principal offender. The documentary suggests, the 9/11 portion, part Two, was only included to hook followers of 9/11 Truth. One last name to drop is Sanat Kumara, you'll have to watch the documentary to find out who it is! "Aquarius - The Age Of Evil" by Keith Thompson makes a world of sense or sense of our world - an education in just over two hours!