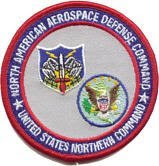 ... pay extra attention in oregon as these exercises coincide w/ the fictional 'operation blackjack' explosion in portland on jun22 ...

from northcom: North American Aerospace Defense Command and U.S. Northern Command are planning to conduct a combined exercise June 18 - 24 that will incorporate several military exercises with a National Guard exercise. These linked exercises are referred to as ARDENT SENTRY 09. Events will take place in multiple venues across the country including Iowa, Kansas, Oregon, Wyoming, and off the East and West Coasts.

The exercise will allow several Department of Defense organizations and some federal and state partners to implement plans and respond to a variety of notional events. Historically, exercises like these have helped both DoD and other agencies review their processes and procedures and focus their future training efforts on closing gaps and identifying areas that need additional attention.

The activities in the vicinity of Camp Rilea will involve the deployment of an Army National Guard ground-based air defense system that will be integrated with Air Force airborne systems (AWACS and fighters) and a Navy Aegis Destroyer. (Media interested in covering this event should contact Mr. Al Eakle at 1-850-283-8080)

Iowa, Kansas, Missouri, and Nebraska National Guard units will respond to multiple events in Iowa and Kansas including simulated train derailments and foreign animal disease. (Media interested in covering events in Iowa should contact LTC Greg Hapgood at 515-971-6385; for events in Kansas, contact Sharon Watson at 785-274-1192)

In Wyoming, Air Force Space Command will respond to an incident involving a simulated nuclear weapon. (Media interested in covering this should contact Capt. Sharbe Clark at 719-554-3815).