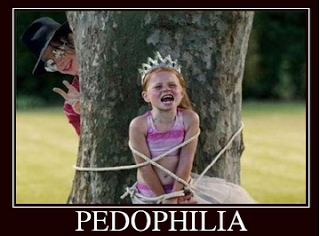 Are There Underpinnings of Pedophilia in Sandy Hook Massacre?

Are there other motives behind Sandy Hook Elementary School Massacre?  Yoichi Shimatsu shares long distance view from Asia about what he suspects happened in Newtown, Ct.  Shimatsu describes built-in control structure:  "Pedophilia is a psychiatric illness that is spreading worldwide because the globalist elite, much like a deranged fraternity from hazing hell, use it to control their peers and underlings through the commission of shameful and often lethal crimes. The photos are enough to prevent defection, informing to the police or sending leaks to the media.  The American power elite’s predilection for young boys has always been a privilege as shown in past scandals involving White House pages." The Asian writer exposes the small world we live in as he's encountered pedophiles from Connecticut of all places - China!


"These younger pedophiles, at least while in Asia, are often studying abroad on US government fellowships, CIA grants or working for Soros-funded NGOs. In Beijing, I had a verbal sparring match with a young American video producer who was making a documentary on child abductions by Chinese adoption rings. He had no intention of saving kids from these criminals, since his stated ambition was to launch a pornography industry in China. This was the son of a leading faculty member at a Connecticut prep school, which sponsors troubled boys and prepares them for a life of male prostitution with dormitory screenings of videos showing the gang rape of preteen girls ­ with the knowledge and sometimes approval of teachers, according to testimony submitted to court."

Shimatsu suspects a complicated political climate, where the Newtown Massacre, was possibly, payback for a double cross! A crucial observation seems the small arsenal of Adam Lanza's mother. Did Nancy Lanza fear an attack for good reason, her guns not merely the preference of a weapons hording prepper?   There is already a part two that explores Connecticut politics and role of Senator Joe Lieberman.  When young children are involved it's worth examination whether pedophilia played a role?