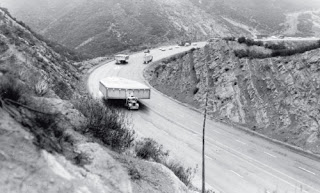 from raw replay: Former employees are coming forward to talk about their work at a secret military facility known as Area 51. For decades there have been reports of UFO sightings near Area 51. The CIA has recently declassified a program that may explain some of those sightings. Thornton Barnes told Fox’s Bill Hemmer that a secret plane code-named OXCART was certainly mistaken for a UFO. The A-12 OXCART flew 2,850 missions out of Area 51. The plane could fly at three times the speed of sound at an altitude of 90,000 feet. The A-12 OXCART program was shut down in the late sixties. Other projects at Area 51 remain a secret. Los Angeles Times has more details here. This video is from Fox’s America’s Newsroom, broadcast Apr. 13, 2009.