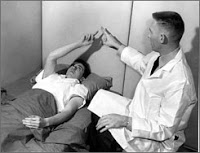 from crimes & corruption: So much conspiracy and disinformation surrounds the military's past work on LSD and other chemical agents that it's been difficult to separate fact from fiction. That's starting to change, however. 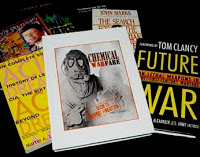 This may be the first and last time in my life that I call a self-published book a "must read," but psychiatrist James Ketchum's Chemical Warfare: Secrets Almost Forgotten is an usual case. As Steve Aftergood of Secrecy News has already pointed out, this book "is a candid, not entirely flattering, sometimes morbidly amusing account of a little-documented aspect of Army research."

Ketchum's book is also discussed in an article published today in USA Today...

listen to james ketchum on episode315 of black op radio

or watch the documentary bad trip to edgewood (sorry, it's realplayer)