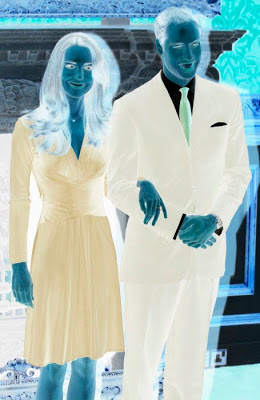 from time: Do the future king and queen need to hire a new wedding planner? The couple and their entourage spent weeks deciding on a wedding date, repeatedly liaising with officials at Buckingham Palace, No. 10 Downing Street and Westminster Abbey. But amid all the chatter, no one had the sense to look up "April 29" on Wikipedia. On that morning in 1945, Hitler married his long-time companion Eva Braun in Berlin. They killed themselves less than 40 hours later inside der Führerbunker.

Kate's special day is associated with death and destruction in other ways, too. In 1970, the United States invaded Cambodia seeking to stop the flow of arms from North Vietnam to Viet Cong insurgents. The multi-prong offensive ultimately led to as many as 500,000 deaths. And in 1992, race riots broke out in Los Angeles following the acquittal of four white police officers seen beating motorist Rodney King on videotape. Widespread assaults, looting, murders and robbery resulted in 53 deaths, thousands of injuries, and an estimated $1 billion in property damage. Not exactly happy occasions.

Sure, that's all rather removed from Britain. But for Kate - a commoner marrying into royalty - April 29 has other associations closer to home that may stir discomfort (or at least snickers from her detractors). On that day in 1986, the royal family buried Wallis Simpson, the Duchess of Windsor and the wife of King Edward VIII, who abdicated the throne in order to marry her. Edward's relatives and his inner circle deemed Simpson, a twice-divorced American socialite, as wholly unsuitable for the King. Luckily Queen Elizabeth has already expressed her approval of the fiancée formally known as "Waitey Katie."

And while Kate's accent may sound posh to Americans, Britain's upper crust know all too well that she doesn't come from royal - or even aristocratic - lineage. That her parents—a former pilot and flight attendant - had to earn their money reportedly made Kate and her family the butt of jokes among William's friends. So it's a striking coincidence that My Fair Lady - the Broadway musical about a Cockney girl who strives to transform into a lady - premiered in London on this day in 1958...

It's not all bad news, though. Daniel Day-Lewis, Michelle Pfeiffer and Jerry Seinfeld were born on April 29, and it's the day that American forces liberated the Dachau concentration camp. It also coincides with the feast day of an Italian saint from Siena. Her name? Catherine.