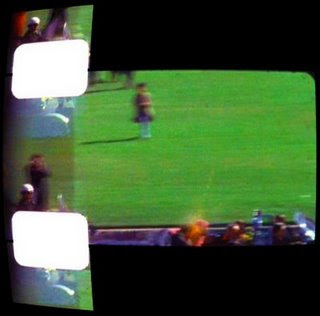 audio: biowarfare & the jfk assassination
from brasscheck tv: It's easy to mistakenly assume that everything that can be known about the Kennedy assassination has been uncovered. Here's a shocker. In addition to running around with Cuban exiles, right wing nut jobs, and organized crime figures, Lee Harvey Oswald appears to have had another more sinister another job. He was an errand boy for a black budget bio-warfare project operated out of the Infectious Disease Lab at the US Public Health Service Hospital in New Orleans that went terribly wrong. If the well documented assertions of the author of "Dr. Mary's Monkey" are true, the significance of any involvement Oswald might have had with the Kennedy assassination pales in comparison.

the origins of american decline in the assassination of jfk

from dallas morning news: Samuel Morris Passman had one transaction that stood out among the many he handled for a multitude of clients over his nearly 70 years as a Dallas lawyer. Mr. Passman represented Abraham Zapruder during negotiations for rights to the Dallas dressmaker's 8 mm home movie of the assassination of President John F. Kennedy. Mr. Passman, 96, died Wednesday at Texas Health Presbyterian Hospital of Dallas of complications after a fall at his home... Mr. Zapruder wanted financial security for his family and to avoid the perception he was profiting from the tragedy, according to news accounts of the negotiations. At a Nov. 25, 1963, meeting with Life magazine's Los Angeles bureau chief and Mr. Zapruder in Mr. Passman's office, the lawyer suggested that the first of six annual $25,000 payments be made to the family of J.D. Tippit, the police officer killed shortly after the president. "I remember thinking that whatever fee Zapruder paid the lawyer, Passman had just earned every penny with that inspired suggestion," Richard B. Stolley, the Life executive wrote in 1988. "Zapruder, who earlier had worried aloud to me about the Tippit family's future, agreed without hesitation; and his donation of $25,000 two days later earned the public applauses it both deserved and was meant to elicit."

video: 'i led three lives'
from brasscheck tv: Herbert Philbrick, a Boston advertising executive who infiltrated the U.S. Communist Party on behalf of the FBI in the 1940s, wrote a bestselling book on the life of a double agent, "I Led Three Lives: Citizen, 'Communist', Counterspy" (1952). "I Led Three Lives" was an American television show which was syndicated by Ziv Television Programs from 1953 to 1956 and lasted 117 episodes. The part of Philbrick was played by Richard Carlson. According to Judyth Vary Baker, Lee Harvey Oswald's girlfriend in New Orleans, "I Led Three Lives" was Oswald's favorite TV show. This particular film was produced before the Bay of Pigs fiasco which Oswald was believed by some to have participated in with David Ferrie, his instructor in the Lousiana Civil Air Patrol. Conspiracy theorists believe that Oswald was the "lone nut assassin" who killed JFK. To maintain this farce requires ignoring his family's long involvement with organized crime in New Orleans, his personal involvement with New Orleans-based anti-communists, and his strange status as a US Marine who "defected" to the Soviet Union and was permitted back in the US with the financial support of the US State Department. In the midst of all this, Oswald posed dramatically, though unconvincingly, as a Castro sympathizer. "I Led Three Lives" indeed...

why lee harvey oswald had to die!

video: oswald in new orleans
from brasscheck tv: To really understand 20th century American and the trajectory of the US is still on, you need to understand the Kennedy assassination. Until the House Select Committee on Assassinations concluded that Kennedy was killed by "some sort" of conspiracy, Lee Harvey Oswald was loudly declared to be the "lone assassin" in the murder of JFK. Here's what the "news media" and "law enforcement" had to overlook to come to this conclusion.

book gets boston talking about rfk's search for jfk's killers 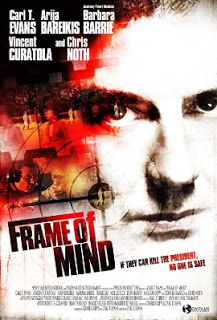 from antimusic: KISS drummer Peter Criss will be making an acting appearance in the upcoming film Frame Of Mind, set to be released on DVD February 24, 2009. The film is a detective drama and centers around a new twist in the President John F. Kennedy assassination conspiracy theories. When Detective David Secca discovers a piece of film showing a man concealing a rifle on the grassy knoll in Dallas, it becomes clear this is an important clue in uncovering the truth behind history. Criss plays the character Mike, a New Jersey Detective. A clip of Peter's performance can be seen here. [but not anymore...]