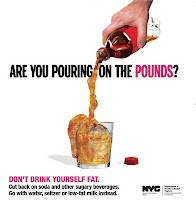 from nytimes: Federal officials on Friday rejected Mayor Michael R. Bloomberg’s proposal to bar New York City’s food stamp users from buying soda and other sugary drinks with them. The decision derailed one of the mayor’s big ideas to fight obesity and poor nutrition in the city. Mr. Bloomberg and the city’s health commissioner, Dr. Thomas A. Farley, were quick to criticize the ruling by the United States Department of Agriculture as a disservice to low-income residents. Dr. Farley, who said he was “very upset” by the decision, said that it “really calls into question how serious the U.S.D.A. is about addressing the nation’s most serious nutritional problem.”