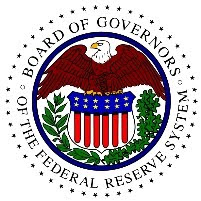 from allgov: The nation’s central bank has never been subjected to an outside audit, but growing frustration in Congress with the Federal Reserve may cause that to change. On Thursday, the House Finance Committee approved a bipartisan amendment that grants the Government Accountability Office the power to investigate the Fed’s deals with foreign and domestic banks. The plan, authored by Representatives Ron Paul (R-TX) and Alan Grayson (D-FL), would represent a curtailing of the central bank’s longstanding autonomy that has allowed Fed officials to make decisions without government oversight. In an attempt to derail the Paul-Grayson proposal, Fed supporters offered their own amendment they said was more reasonable. Backers even pointed to the support of eight “prominent economists” as proof their plan was the one Congress should adopt. But many of those economists have close ties to the Fed, raising the question of their impartiality.