from washinton post: City officials last month quietly activated some of the nation's newest generation of early warning sensors to detect a biological attack, turning on a limited number of filing-cabinet-size air filters in sensitive, high-volume areas of Manhattan. But city officials say their effort to expand the program has run into surprising resistance from the White House, which is not widely deploying the machines. 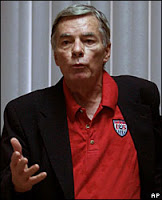 from ap: Renegade former CIA agent Philip Agee, whose naming of agency operatives helped prompt a U.S. law against exposing government spies, has died in Cuba, his wife said Wednesday. He was 72. Agee quit the CIA in 1969 after 12 years working mostly in Latin America at a time when leftist movements were gaining prominence and sympathizers. His 1975 book "Inside the Company: CIA Diary," cited alleged misdeeds against leftists in the region and included a 22-page list of purported agency operatives. 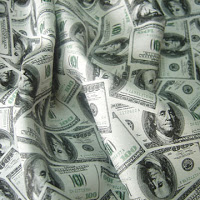 from rogue government: George W. Bush on January 4th, 2008 met with the President's Working Group on Financial Markets otherwise known as the Plunge Protection Team. The group which consists of the SEC Chairman, Treasury Secretary, Federal Reserve Chairman and Futures Trading Commission Chairman was formed following the stock market crash of 1987 commonly referred to as Black Monday. It is interesting to see Bush meet with a group that was formed to prevent future stock market and economic crashes yet at the same time make claims that the economy should do better later in the year. Obviously with oil at around $100 a barrel, the mortgage crisis, massive losses in the banking system, gold over $870 an ounce and the plunging value of the U.S. Dollar, the economy is in the process of unraveling. Bush is merely attempting to put a positive spin on an increasingly more horrifying economic situation by admitting there are problems but that they are not as bad as everyone thinks they are.