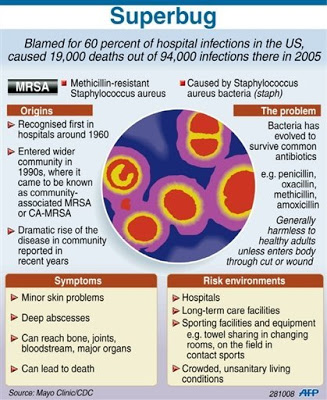 video: rfid bracelet after you get the US666 vaccine?

flashback: boston launches flu shot tracking w/ rfid bracelets
from boston globe: Using technology originally developed for mass disasters, Boston disease trackers are embarking on a novel experiment - one of the first in the country - aimed at eventually creating a citywide registry of everyone who has had a flu vaccination. The resulting vaccination map would allow swift intervention in neighborhoods left vulnerable to the fast-moving respiratory illness. The trial starts this afternoon, when several hundred people are expected to queue up for immunizations at the headquarters of the Boston Public Health Commission. Each of them will get a bracelet printed with a unique identifier code. Information about the vaccine's recipients, and the shot, will be entered into handheld devices similar to those used by delivery truck drivers.

girl faces deportation over refusal to take gardasil
from upi: An adopted teen who has lived in Port St. Joe, Fla. since she was 3 faces possible deportation to England for refusing a vaccination, she and her mother say. Simone Davis, 17, said she has no need for the vaccine Gardasil, which guards against the sexually transmitted human papillomavirus virus, because she is not sexually active, ABC News reported. But the U.S. government requires female immigrants between the ages of 11 and 26 to receive Gardasil shots before they can become citizens.

from afp: The so-called superbug MRSA, a multiresistant strain of staphylococcus usually found in hospitals, has been discovered for the first time on US beaches, a study said. The antibiotic-resistant strain, which is increasingly found in prisons, gym locker rooms and homes, can cause skin conditions and organ ailments and serious and sometimes fatal cases of pneumonia. "This is the first report of MRSA (Methicillin-resistant Staphylococcus aureus) from marine water and inertial beach sand," said Marilyn Roberts, a microbiologist at the University of Washington in Seattle and co-author of the study, during a press briefing Saturday. The study was presented on the first day of the 49th annual Interscience Conference on Antimicrobial Agency and Chemotherapy (ICAAC), which is being held in San Francisco this weekend. 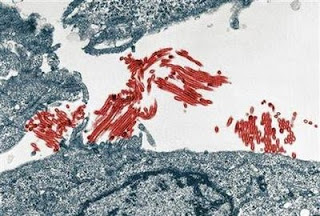 from reuters: Two girls given antiviral drugs in an effort to protect children at a summer camp from the new pandemic swine flu developed resistant virus, U.S. health officials reported on Thursday. The U.S. Centers for Disease Control and Prevention said the study supports its new recommendations that flu drugs not be given to prevent infection among people who are otherwise healthy. Both girls recovered without becoming seriously ill, but the incident shows that it is easy for the new pandemic H1N1 virus to develop resistance to flu drugs, officials said. "We are concerned about the appropriate use of antivirals," the CDC's Dr. Anne Schuchat said in an interview.