from paul joseph watson: Indonesia’s Health Minister has implicated the U.S. government in an international conspiracy to develop the bird flu virus into a deadly bio-weapon in a new book which is also endorsed by Indonesia’s President. Indonesia has been worst hit by the bird flu virus, with eleven people having died from contracting H5N1 this year. “Indonesia’s uniquely virulent strain of H5N1 gave the country ‘bargaining power’ according to Indonesia’s Health Minister Dr Siti Fadilah Supari, in her new book called ‘It’s Time for the World to Change’ and strangely subtitled ‘The Divine Hand Behind Avian Influenza,'” reports ABC News Australia. click here for a bbc clip with indonesia’s health minister

from washington times: Treasure hunters in Germany say they have located a large quantity of gold looted by the Nazis and think they are close to solving one of the most enduring mysteries of World War II – the whereabouts of the fabled Amber Room, the 18th-century chamber decoration Germany stole from the Soviet Union in 1941… “We have not entered the vault yet because we think it may have been booby-trapped. We don’t want any mines to blow up, and we need expert help,” Deutschneudorf Mayor Heinz-Peter Haustein told The Washington Times.

defense contractor gets 12yrs for bribery 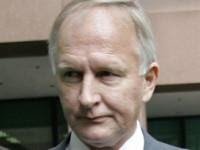 from washington post: Brent R. Wilkes, a California defense contractor and prominent GOP campaign contributor, was sentenced to 12 years in federal prison yesterday for lavishing a Republican congressman with money, prostitutes and other bribes in exchange for nearly $90 million in work from the Pentagon. Wilkes, 53, was convicted in November of 13 felony crimes including bribery, conspiracy and fraud for giving the gifts to former representative Randy “Duke” Cunningham (R-Calif.), who is serving an eight-year prison term for accepting millions in bribes from Wilkes and others.

rule by fear or rule by law? 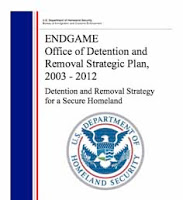 from san francisco chronicle: Since 9/11, and seemingly without the notice of most Americans, the federal government has assumed the authority to institute martial law, arrest a wide swath of dissidents (citizen and noncitizen alike), and detain people without legal or constitutional recourse in the event of “an emergency influx of immigrants in the U.S., or to support the rapid development of new programs.” … What could the government be contemplating that leads it to make contingency plans to detain without recourse millions of its own citizens? 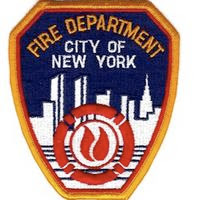 from in these times: In New York City, the Department of Homeland Security is training New York City firefighters to assist in gathering intelligence information during routine inspections and emergencies. In November, the Associated Press reported that in New York, Homeland Security was testing a program called the Fire Service Intelligence Enterprise (FSIE) to help identify “material or behavior that may indicate terrorist activities.”