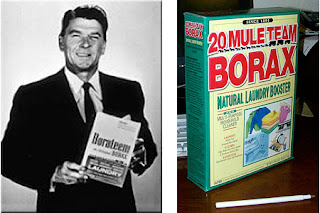 Freelance journalist Yoichi Shimatsu reports on a new esoteric form of nuclear reaction called "blue lightning" in recent article, "Why Underground Entombment At Fukushima Daiichi Won't Work". "A shocking discovery at Fukushima was that zirconium (used as a 'transparent' - allowing passage of neutrons - protective cladding around the fuel rods) when superheated can become a catalyst for an esoteric type of nuclear fission. At extreme temperatures, zirconium ignites even the tiniest quantities of airborne nuclear isotopes, releasing 'blue lightning'. This means that zirconium catalysis could also be occurring underground, triggering mini-fission events. This sort of nuclear reaction is terra incognita, a yet unexplored frontier of physics, the joker in the deck."

The Hong Kong-based journalist also argues why entombment isn't solution for Fukushima nuclear plant. Shimatsu points out the weak soil structure will not support entombment. Fukushima has only a few meters of dry land before groundwater is hit. There is also constant specter of earthquake damage. Shimatsu offers an original solution to dilemma. "The one possible solution ... is the stuff that propelled Ronald Reagan into nationwide fame as host of GE Family Theater: borax.

"The alkali salt used in laundry powder consists of about 15 percent boron-10, the neutron-absorbing mineral used in control rods inside nuclear reactors. Boron intercepts neutrons, thereby reducing the number of fission events and thus cooling the loose uranium. Borax dissolves in water, meaning it can be poured into the water seeping underground through turbine rooms and the maze of broken pipes. Around the hot spots, the mineral salt will turn solid, trapping and separating uranium particles. The crystalized borax will fill the steam-created gaps in the soil, strengthening the overall weight-bearing structure. The hard angular crystals can also resist seismic movement, reducing the problem of liquefaction."

Is Shimatsu onto something? The present writer remembers Reagan peddling soap on television, in the sixties, but it was mostly on Death Valley Days. It would be miraculous if a simple mineral salt could stop radiation at Fukushima!