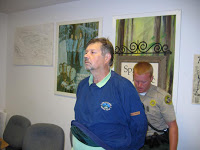 from oakland focus: Alex Shoumatoff, a contributing editor at Vanity Fair magazine, tried to sneak into the exclusive Bohemian Grove in Monte Rio, Calif., this week. He was hoping to get an inside look at the exclusive retreat of some of the world’s most prominent CEOs, business leaders and politicians. Of course, he stuck out like a seersucker suit at a funeral and was promptly handcuffed and arrested. Most embarrassing for him: he was arrested by a part-time security guard whose day job is a plumber.

mexican drug cartels & islamic radicals working together
from proceso: According to a U.S. government intelligence report obtained by Proceso, Hamas, Hezbollah and other radical Islamic groups have become associates of the Mexican drug trafficking cartels: they are furnishing them weapons and helping them to distribute drugs in Europe and the Middle East. Ahead of time, DEA and Justice Department officials told this weekly that “in coming days” they will conduct an operation in the border area shared by Brazil, Argentina and Paraguay – where the radical Islamic groups have settled – that will show their ties with the Mexican drug traffickers... (infowars note: Of course, this is utter nonsense. The CIA — in collaboration with Wall Street banks and the Pentagon, is behind the Mexican drug cartels — not Muslims. “The U.S. Central Intelligence Agency, as is by now well-known by anyone who has cared to be informed, has long been deeply involved in the international trafficking of the addictive drugs heroin and (since the early 1980s, if not earlier) cocaine, the enormous profits from which have financed, and continue to finance, both U.S. covert operations and the U.S. military (via payments to Pentagon contractors).” — The CIA: America’s Premier International Terrorist Organization.) 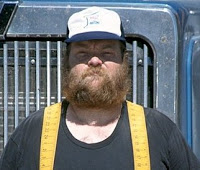 from danger room: The Tupperware-style parties, the combo stun-gun-MP3-players, the pink models for her, and the poker-and-Playboy themed charity events were just the start. Taser International's newest marketing technique: selling their stun guns in truck stops.