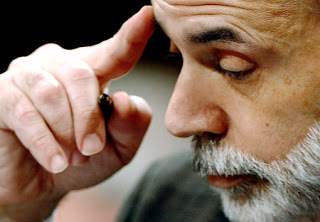 Can Watered-Down ‘Audit The Fed’ Bill Be Strengthened In Committee? 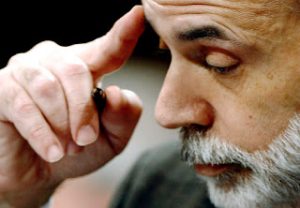 from paul joseph watson: While many are expressing disappointment and even despair that the Senate voted down Ron Paul’s audit the Fed bill while passing a weakened version, Congressman Alan Grayson is confident that the stronger provisions of the original House amendment can be added in Committee, ensuring the Federal Reserve doesn’t get off the hook, as Congressman Paul has warned.

The Senate last night voted 96-0 in favor of a compromise amendment that requires the GAO to conduct a one time audit of the Federal Reserve that will focus on which financial institutions received over $2 trillion dollars in bailout funds during the peak of the economic crisis.

However, the Senate voted down 37-62 Senator David Vitter’s audit the Fed amendment, which mirrored Ron Paul’s version that was passed by Congress.
The stronger version would have ensured ongoing congressional audits and would have severely hampered the Fed’s ability to continue its credit swap program which has seen billions of U.S. dollars sent to foreign banks.

Congressman Paul has dismissed the watered down version as a placebo amendment that lets the Fed off the hook, noting with suspicion how it was enthusiastically supported by the Obama administration.

“If they’re all supporting it, I would be very suspicious that the Fed is quite aware of this and they’re satisfied with this and maybe they think they’re getting off the hook,” Paul said in a recent interview.

However, Congressman Alan Grayson, who has been a vehement supporter of Ron Paul’s efforts to properly audit the Fed, believes that the one time audit is an important step towards full transparency. Grayson is confident that a one time audit would expose the Fed’s arguments for secrecy as a ruse, leading to greater pressure to enact regular audits. He believes that the stronger provisions of the Ron Paul version can be merged into the bill the Senate passed last night.