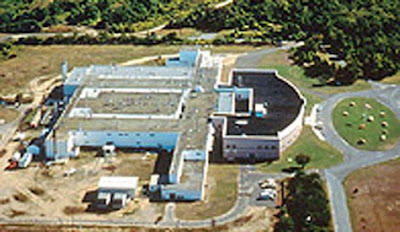 from inquisitr.com: For the first time in many years, members of the press got inside the U.S. Government’s secret labs at the Plum Island Animal Disease Center.

CBS News reported that the island, which is controlled by the Department of Homeland Security, has labs staffed by scientists from the United States Department of Agriculture. Transportation on and of the island comes by special government ferries, guarded by armed officers.

Scientists there study diseases that can affect livestock around the world and attempt to develop vaccines. The Chicago Tribune reported that “animal illnesses studied at the facility would include the highly contagious foot-and-mouth disease as well as the Nepha and Hendra viruses, swine fever and the Japanese encephalitis virus.” The Tribune also noted that the United States has not endured a foot-and-mouth disease outbreak since 1929.

The island is a tightly controlled location, especially since 9/11, and the labs there were included on the target list of at least one known al Qaeda scientist.

After a 1978 outbreak of Hoof-and-Mouth at Plum Island caused the death of more than 200 animals, biocontainment facilities were built and all animals were moved inside.

The building though is more than 50-years old, and the plan is to relocate the research to Manhattan, Kansas. Budgetary and other issues though are holding that plan back. Some construction did begin at the Kansas site, but now little more than an armed guard, a fence and a few utility sheds remain according to the Tribune. Homeland Security had given the site to Kansas, considering it is in the U.S. agricultural heartland, and the nearby Kansas State University has one of the nation’s leading veterinary research programs.

The facility move would bring jobs and money to Manhattan, but many are afraid that the threat of tornadoes, existence of only one hospital in the area and a community that lacks specialists to treat a mass outbreak make the move a bad idea for now, meaning the facility will remain at Plum Island.