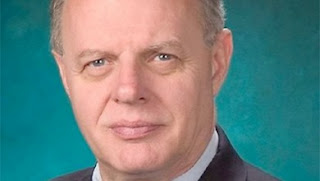 from forbes: After 10 months of delays, President Obama has finally chosen a cybersecurity coordinator, filling the so-called "cyber czar" position he had long promised to create to shore up the nation's defenses against hackers and cyberspies. His pick: Howard Schmidt, head of the Information Security Forum, a non-profit cybersecurity research consortium. Schmidt has an impressive resume, with stints in government cybersecurity as well as at large corporations like eBay and Microsoft. But the last ten months weren't necessarily spent finding the perfect candidate for Obama's top cybersecurity job so much as finding someone willing to accept it. At least three other candidates had been privately offered the position and turned it down, as Forbes reported in July (see: "Obama's Unwilling Cyber Czars"). Cybersecurity industry watchers told Forbes at the time that was because the position had been stripped of much of its power in an effort to ensure that new cyber regulations didn't hamper economic recovery.