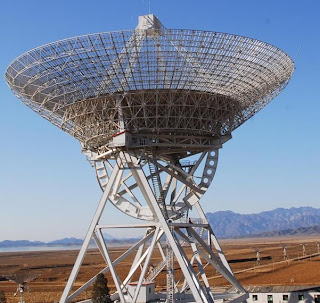 National Radio Astronomy Observatory (NRAO) of China announced Thursday, “…first verified transmission from an alien civilization,” according to story at The Daily Galaxy. “China’s leading astrobiologist, Dr. Xi Chang, a graduate of MIT, told Xinhua [News] that “the signal repeats itself continuously in 2 minute long sequences and appears to be the four bases of the genetic code…“. China’s NRAO reports, “…monitoring signals from a previously unknown ‘dark’ satellite in orbit around Saturn for the past 90 days”. Is this the alien psyop? The foundation is already in place for the deception as reported in previous blog entries, “earth must prepare for close encounter with aliens” and “is establishment preparing to unveil aliens?“. Everything has suddenly taken a turn towards the strange for Earth inhabitants!

[editor’s note: yes, this is an april fools hoax]