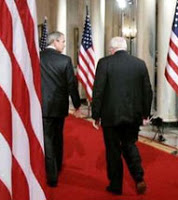 from raw story: The Central Intelligence Agency has received approval at least twice in the last several years to conduct an “information war” against several countries in the Middle East, including Iran, Lebanon and Syria, according to current and former intelligence officials.

In addition, the Bush Administration has been running operations out of the Defense Department that are not subject to Congressional oversight, intelligence sources say. These programs appear murkier, and have included support for an alleged terrorist group in Iran.

A recent ABC News report revealed that President George W. Bush had signed a presidential finding giving the CIA the authority to conduct “non-lethal” covert operations against Iran. Former and current intelligence sources tell RAW STORY, however, that there have been “at least two” presidential findings over the past few years which have empowered the agency to run an “open-secret” information war against Iranian interests, mainly leveraging resources and assets “within the United States and France.”

the cia's favorite form of torture 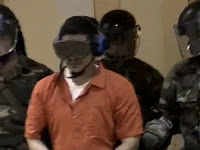 from salon: According to news reports, the White House is preparing to issue an executive order that will set new ground rules for the CIA's secret program for interrogating captured al-Qaida types. Constrained by the 2006 Military Commissions Act, which contains a strict ban on abuse, it is anticipated that the order will jettison waterboarding and other brutal interrogation techniques.

But President Bush has insisted publicly that "tough" techniques work, and has signaled that the CIA's secret program can somehow continue under the rubric of the Military Commissions Act. The executive order will reportedly hand the CIA greater latitude than the military to conduct coercive interrogations. If waterboarding goes the way of the Iron Maiden, what "tough" techniques will the CIA use on its high-value detainees?