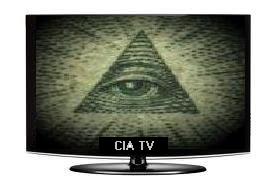 People will be bugging their very homes with web-connected devices, if they haven't already! A Mail Online article reports on claims made by CIA, "...it will be able to 'read' these devices via the internet - and perhaps even via radio waves from outside the home." CIA director David Petraeus says, "web-connected gadgets will 'transform' the art of spying - allowing spies to monitor people automatically without planting bugs, breaking and entering or even donning a tuxedo to infiltrate a dinner party...'Transformational’ is an overused word, but I do believe it properly applies to these technologies.'" Petraeus met with a venture capital firm recently to discuss adding new technologies to previously "dumb" home appliances. It's a concept referred to as the "internet of things." The article concludes with an ominous Brave New World tone, "futurists think that one day 'connected' devices will tell the internet where they are and what they are doing at all times - and will be mapped by computers as precisely as Google Maps charts the physical landscape now." TV will be watching you more than you watch it in the near future. Television will no longer be referred to as the "Boob Tube" but rather the "Spook Tube."