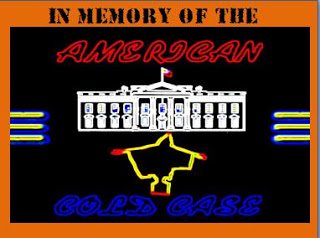 here are the latest episodes from the ground zero lounge...

IN MEMORY OF THE AMERICAN COLD CASE

In this outing Clyde Lewis demonstrates that America has a plethora of cold case crimes that need to be re-opened and the criminals need to be tried for treason. Barack Obama stood in the hall of records and endorsed Preventative jailing of suspected terrorists. Maybe we should look at the Project for the New American Century as pretext for the crimes of 9/11. The Dystopic Nightmare that America finds itself in today and each day brings new assaults on Freedom and Sanity. The framework for total control of the citizenry, the economy and the media is being built upon in a relentless aggrandizement of Governmental power and perpetual war. Clyde Lewis points out that the despotic empire that we have now was built on little crimes, that grew into bigger crimes, that led to war crimes in Vietnam, perpetual war with the war on terror, and the eventual police state New World Order.

SHADOW DANCING WITH THE ULTRA CRUEL 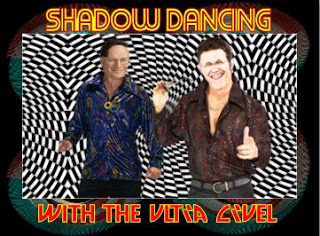 Why is Dick Cheney coming out of the shadows taunting us about terror, torture, and incompetence within the Obama administration? It is because Cheney is part of the “Shadow Government,” so says Clyde Lewis in this outing of the Ground Zero Lounge. Obama still holds sway over the majority of the bewildered herd on the basis of the strength of the cult of personality alone. Apart from that, we need to now understand why we are not seeing Dick Cheney backing off. The reason we are still seeing no justice against torture, the escalation of wars, the failure to reign in the police state and the failure to hold accountable the war criminals is because it is becoming quite obvious that we are still in the stages of transition and the continuity of government. While Obama puts a confident smiley face on Imperialism – It is apparent that we are still under the control of the SHADOW GOVERNMENT which has a number of extremists at the helm ready to go rogue. Cheney is the worst of them all. Find out why and what his history reveals by listening to this vital Ground Zero Lounge.

THE MYSTERY AND MADNESS OF WEIRD WAR 4 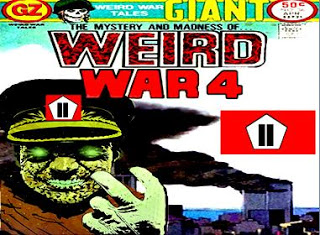 There is a war brewing. Some will call it world war 3, Clyde Lewis calls it “Weird war 4” a war that will be far darker and apocalyptic than we can even imagine. We are closer now to a world war because loosely defined there needs to be a military conflict spanning more than 2 continents, in which at least 20 major countries participate in an attack against a common enemy. So all we need is Israel to start attacking Palestine, North Korea attacks South Korea or the US, or China invading Taiwan and we will have the Final weird war. Not only that but prophetic insight and the religious warnings from Muslims and Christians dictate that we might be in the first 1290 days of the unstable peace and the indications of the false prophet preparing the way for an Antichrist. Welcome to the Apocalypse where it is business as usual and business is good.

FAMILY TRADITION: FATHER FROM THE TRUTH 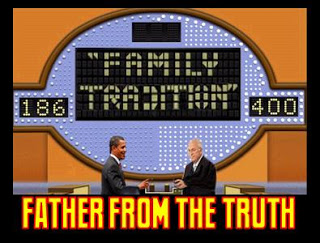 So anyone care to figure out why Barack Obama’s life history is completely off limits to U.S. Citizens? The Left wing news programs tell you that the nosy right wing wants to insist on knowing where Obama was born. They are being called “birthers.” However the media is lying again. Clyde Lewis demonstrates that the birther movement has its roots in the LEFT WING where Clinton supporters hell bent on foiling an Obama White House exposed the “birth certificate” scandal. Still, there is more to the story than just a forged birth certificate. Obama seems to have a “dark father” or a group of “dark fathers” pointing him in the direction of state socialism. Find out the scandalous Obama Family tradition and the Negro tradition that is also in the backgrounds of several Presidents. Obama is not the only Half blood prince that has been in charge of the United States. One drop of blood makes you black? One sperm from many possible candidates gave us the perfect president? The story is full of holes. 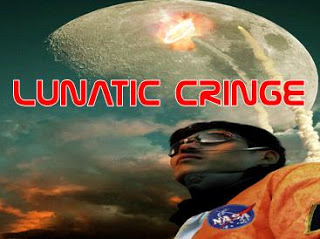 NASA is an acronym for NEVER A STRAIGHT ANSWER and once again Clyde Lewis exposes the lies about the LCROSS mission and its hidden agenda for a preplanned military experiment to explode a projectile on the moon. The space race is all a lie. NASA has locked up information on MARS and claims they are ready to go back to the moon. If this is so, then why are many programs being cut dealing with the past moon missions? How is it that missing videos from the first moon landing miraculously return on the anniversary of the first alleged moon landing? The space program is one big lie to cover up the militarization of space and the fueling of the Military industrial complex. WE WILL NEVER GO TO THE MOON! WE WILL NEVER GET A STRAIGHT STORY ABOUT LIFE ON MARS. Dream on.