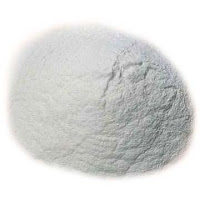 from los angeles times: Mailings of a suspicious white powder to 10 Church of Scientology addresses prompted the evacuation of dozens of people and the closure of a major thoroughfare Wednesday as hazmat teams were called to examine the packages... The incidents appeared to be part of a hoax. Preliminary tests showed the powder to be cornstarch and wheat germ. The Church of Scientology had no comment about the incidents. The mailings come after a cyber attack last week on the Church's website. Authorities said there was no evidence that Wednesday's mailings were connected to the hacking.

711chan.org admin calls for end of attacks on scientology

from wikinews: Administrators for 711chan.org, one of the websites responsible for starting Project Chanology, a "raid" or attack against the Church of Scientology and their website, slowed down their "attack". In an exclusive interview with Wikinews, an administrator of 711chan states that they will "probably stay away from the CoS [Church of Scientology]." "We're probably just going to stay away from the CoS raid. It was poorly managed. We could've brought down a lot more if we weren't just a bunch of unorganized brats," said 'Plasma', an administrator on 711chan.org.

from page six: Longtime Scientologist Nancy Cartwright - best known as the voice of Bart Simpson - last year gave the church $10 million to help spread the word of founder L. Ron Hubbard into other galaxies. It was all part of Scientology’s Global Salvage effort, which aims to “de-aberrate” Earth - meaning to rid mankind of psychology ills and other “aberrant” behavior.

from herald online: One of the historic landmarks in Port Elizabeth's central business district – the United Building on the corner of St Mary‘s Terrace and Govan Mbeki Avenue – is soon to have a R6-million facelift, adding a new look to the inner city. The building has been bought by the Church of Scientology, which wants to turn it into its regional headquarters, for about R8-million.

danny elfman sues scientology for copyright infringement
from holy juan: By now, you probably have seen the slightly creepy, nine minute video of Tom Cruise discussing his infinite love of the Church of Scientology with the theme from Mission: Impossible looping every eight seconds in the background. As the video spread across the internet, the distraught Church of Scientology sent out several cease and desist letters claiming copyright infringement. Apparently this has backfired. Not only has the mainstream media picked up the story and shown the video in its own endless loop, but Danny Elfman, who composed the music to Mission: Impossible, is also claiming copyright infringement for his music being used without his permission. That horrible, looping in the background of the video is copyrighted and Mr. Elfman has stated through his lawyer that permission to use the music was never granted. Mr. Elfman’s lawyer filed suit in the Los Angeles County Superior Court...

from threat level: Scientology hired Prolexic, a company that specializes in protecting websites from DDOS attacks... One of the moderators on 711chan.org thought he had learned from a friend what the real server's address was on Friday... But within minutes, users began complaining the software was crashing and others analyzed the traffic and found that the IP address didn't belong to the Church of Scientology, reporting that that the software was actually targeting a school in the Netherlands.