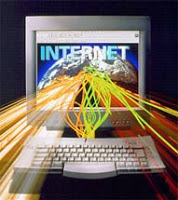 from ap: Comcast Corp., the nation's second-largest Internet service provider, Thursday said it would set an official limit on the amount of data subscribers can download and upload each month. On Oct. 1, the cable company will update its user agreement to say that users will be allowed 250 gigabytes of traffic per month, the company announced on its Web site. Comcast has already reserved the right to cut off subscribers who use too much bandwidth each month, without specifying exactly what constitutes excessive use. "We've listened to feedback from our customers who asked that we provide a specific threshold for data usage and this would help them understand the amount of usage that would qualify as excessive," the company said in a statement on its Web site.

surveillance society sparks psychosis
(or as cryptogon puts it: "There’s now a psychiatric designation for people who are aware of systems like the NarusInsight Intercept Suite and Siemens’ Intelligence Platform.") 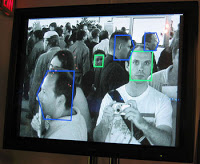 from threat level: If you think someone is watching you, you're probably right. But this doesn't mean you're not also crazy, according to psychiatrists who say that our surveillance and reality TV society is spawning a new kind of psychosis. They're calling it the Truman Show delusion. Psychiatrists in the U.S. and Britain say they're seeing a growing number of psychotic patients who are paranoid that cameras are watching their every move. Not sure why they might think this. Others fear the World Wide Web is monitoring their lives or being used to transmit photographs or personal information. The psychiatrists say such patients are often mirroring - albeit, to an extreme - what is occurring in the environment around them.

from new zealand herald: Supermarkets are introducing electronic tags on items popular with shoplifters and other thieves. The Source Tagging Alliance, set up by leading retailers, is encouraging suppliers to use radio frequency identification (RFID) and source tagging on grocery product packaging at the point of manufacture. Retailer Association chief executive John Albertson told the Howick and Pakuranga Times that supermarket chains were introducing electronic source tagging for goods deemed “hot” for shoplifting.