connect to chaos: gm/ibm give chevy volt its own ip address 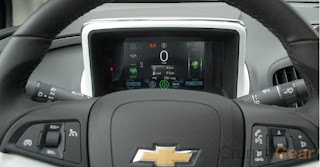 from newelectronics.co.uk: The Chevy Volt will be the first car of its type: not because it is a hybrid electric/petrol vehicle, but because GM plans to give each one the company sells its own IP address. The Volt will have no less than 100 microcontrollers running its systems from some 10 million lines of code. This makes some hackers very excited and Adriel Desautels, president of security analysis firm Netragard, very worried. Before now, you needed physical access to reprogram the software inside a car: an 'air gap' protected vehicles from remote tampering. The Volt will have no such physical defence. Without some kind of electronic protection, Desautels sees cars such as the Volt and its likely competitors becoming 'hugely vulnerable 5000lb pieces of metal'. Desautels adds: "We are taking systems that were not meant to be exposed to the threats that my team produces and plug it into the internet. Some 14 year old kid will be able to attack your car while you're driving ... 'Black hats' are poised and waiting for this car to come out."