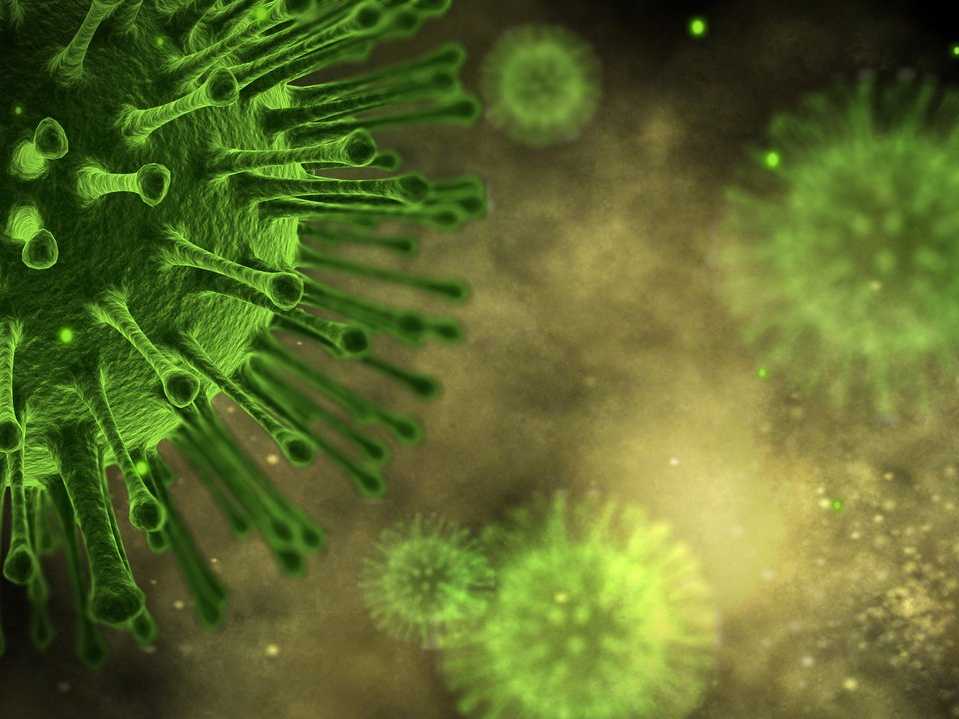 from independent.co.uk: A controversial scientist who carried out provocative research on
making influenza viruses more infectious has completed his most
dangerous experiment to date by deliberately creating a pandemic strain
of flu that can evade the human immune system. Yoshihiro Kawaoka of the University of Wisconsin-Madison has
genetically manipulated the 2009 strain of pandemic flu in order for it
to “escape” the control of the immune system’s neutralising antibodies,
effectively making the human population defenceless against its
reemergence.


Most of the world today has developed some level of
immunity to the 2009 pandemic flu virus, which means that it can now be
treated as less dangerous “seasonal flu”. However, The Independent
understands that Professor Kawaoka intentionally set out to see if it
was possible to convert it to a pre-pandemic state in order to analyse
the genetic changes involved.

The study is not published, however some scientists who are aware of
it are horrified that Dr Kawaoka was allowed to deliberately remove the
only defence against a strain of flu virus that has already demonstrated
its ability to create a deadly pandemic that killed as many as 500,000
people in the first year of its emergence.

Professor Kawaoka has
so far kept details of the research out of the public domain but
admitted today that the work is complete and ready for submission to a
scientific journal. The experiment was designed to monitor the changes
to the 2009 H1N1 strain of virus that would enable it to escape immune
protection in order to improve the design of vaccines, he said.

“Through
selection of immune escape viruses in the laboratory under appropriate
containment conditions, we were able to identify the key regions [that]
would enable 2009 H1N1 viruses to escape immunity,” Professor Kawaoka
said in an email.

“Viruses in clinical isolates have been
identified that have these same changes in the [viral protein]. This
shows that escape viruses emerge in nature and laboratory studies like
ours have relevance to what occurs in nature,” he said.

Prior to his statement to The Independent,
Professor Kawaoka’s only known public mention of the study was at a
closed scientific meeting earlier this year. He declined to release any
printed details of his talk or his lecture slides.

Some members of the audience, however, were shocked and astonished at
his latest and most audacious work on flu viruses, which follow on from
his attempts to re-create the 1918 flu virus and an earlier project to
increase the transmissibility of a highly lethal strain of bird flu.

“He
took the 2009 pandemic flu virus and selected out strains that were not
neutralised by human antibodies. He repeated this several times until
he got a real humdinger of a virus,” said one scientist who was present
at Professor Kawaoka’s talk.

“He left no doubt in my mind that he
had achieved it. He used a flu virus that is known to infect humans and
then manipulated it in such a way that it would effectively leave the
global population defenceless if it ever escaped from his laboratory,”
he said.

“He’s basically got a known pandemic strain that is now
resistant to vaccination. Everything he did before was dangerous but
this is even madder. This is the virus,” he added.

The
work was carried out at Wisconsin University’s $12m (£7.5m) Institute
for Influenza Virus Research in Madison which was built specifically to
house Professor Kawaoka’s laboratory, which has a level-3-agriculture
category of biosafety: one below the top safety level for the most
dangerous pathogens, such as Ebola virus.

However, this study was
done at the lower level-2 biosafety. The university has said repeatedly
that there is little or no risk of an accidental escape from the lab,
although a similar US Government lab at the Centers for Disease Control
and Prevention in Atlanta with a higher level-3 biosafety rating was
recently criticised over the accidental exposure of at least 75 lab
workers to possible anthrax infection.

Professor Kawaoka’s work
had been cleared by Wisconsin’s Institutional Biosafety Committee, but
some members of the committee were not informed about details of the
antibody study on pandemic H1N1, which began in 2009, and have voiced
concerns about the direction, oversight and safety of his overall
research on flu viruses.

“I have met Professor Kawaoka in
committee and have heard his research presentations and honestly it was
not re-assuring,” said Professor Tom Jeffries, a dissenting member of
the 17-person biosafety committee who said he was not made aware of
Kawaoka’s work on pandemic H1N1, and has reservations about his other
work on flu viruses.

“What was present in the research protocols
was a very brief outline or abstract of what he was actually doing…there
were elements to it that bothered me,” Professor Jeffries said.

“I’m a distinct minority on this committee in raising objections. I’m
very uneasy when the work involves increasing transmissibility of what
we know already to be very virulent strains,” he said.
Asked what
he thought about the unpublished study involving the creation of a
pandemic strain of flu deliberately designed to escape the control of
the human immune system, Professor Jeffries said: “That would be a
problem.”

Rebecca Moritz, who is responsible for overseeing
Wisconsin’s work on “select agents” such as influenza virus, said that
Professor Kawaoka’s work on 2009 H1N1 is looking at the changes to the
virus that are needed for existing vaccines to become ineffective.

“With
that being said, this work is not to create a new strain of influenza
with pandemic potential, but [to] model the immune-pressure the virus is
currently facing in our bodies to escape our defences,” Ms Moritz said.

“The
work is designed to identify potential circulating strains to guide the
process of selecting strains used for the next vaccine…The committee
found the biosafety containment procedures to be appropriate for
conducting this research. I have no concerns about the biosafety of
these experiments,” she said.

Professor Kawaoka said that he has presented preliminary findings of his H1N1 study to the WHO, which were “well received”.

“We
are confident our study will contribute to the field, particularly
given the number of mutant viruses we generated and the sophisticated
analysis applied,” he said.

“There are risks in all research.
However, there are ways to mitigate the risks. As for all the research
on influenza viruses in my laboratory, this work is performed by
experienced researchers under appropriate containment and with full
review and prior approval by the [biosafety committee],” he added.

Why is this experiment different from what has been done before?
This
is the first time that someone has taken a strain of influenza virus,
called H1N1, known to have caused a global epidemic, in other words a
“pandemic”, and deliberately mutated it many times over. It can then
evade the neutralising antibodies of the human immune system, which have
protected much of the human population since the virus first emerged in
2009.

What has been done previously in this laboratory?
Professor
Yoshihiro Kawaoka of the University of Wisconsin-Madison attempted to
increase the transmissibility of the H5N1 bird flu strain by genetic
manipulation and repeated infection in laboratory ferrets, an animal
model of human influenza. H5N1 is highly lethal when it infects people,
but in the wild it is very difficult to transmit from one person to
another and is usually caught by direct contact with infected poultry.

Professor Kawaoka’s most recent published research was on
reconstructing the 1918 flu virus, the genetic structure which was known
from samples retrieved from the frozen corpses of its victims buried in
the Arctic, from wild strains of bird flu isolated from ducks. He
managed to do this, but the study was widely criticised as “stupid” and
“irresponsible”.

Why does he want to do this work?
The
aim is to understand what is known as “gain of function”. What does it
take, genetically, for a virus to become more infectious or more lethal?
If we could understand this process then we would be in a better
position to develop drugs, vaccines and other measures to protect
ourselves from a sudden emergence of a new and deadly flu strain, or so
Professor Kawaoka has argued.

Does he have the support of other scientists?
There
is a big split within the scientific community over this kind of work.
Some flu specialists support it, provided it is done under strictly
regulated and controlled conditions. Others, mostly experts in
infectious diseases outside the flu community, are passionately opposed
to the work, claiming that the risks of an accidental (or even
deliberate) release that will cause a devastating pandemic are too great
to justify any practical benefits that may come out of the work.

Have there been any accidental releases from labs in the past?
Some
experts cite the unexpected emergence of a new H1N1 strain of flu in
1977, which spread globally over three decades, as an early example of a
flu virus being accidentally released from a lab. Genetic evidence
points to it having escaped from a lab in China or the Soviet Union.
There
are many examples of other infectious agents escaping from labs.
Smallpox virus escaped from Birmingham Medical School in 1978 and killed
a medical photographer, Janet Parker, the last person to die of
smallpox. Foot and mouth virus escaped in 2007 from a veterinary lab in
Surrey and in 2004 the SARS virus escaped from a high-containment lab in
Beijing, infecting nine people before it was stopped.