could an “october surprise” shape the midterm election?

from reuters/yahoo: A last-minute "October surprise" - a dramatic news event that shakes up the U.S. election - could be a big wild card in the final three weeks of the fight for control of Congress.

With Democrats threatening to sweep Republicans out of power in Congress in the November 7 elections, a late-breaking foreign crisis, terrorist attack or a new scandal could change the debate and shape the ultimate outcome.

"There is a huge potential for some sort of October surprise that changes the dynamic, something that reminds everyone just how unstable the world is," pollster John Zogby said. 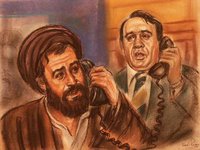 The October surprise has a long history in U.S. political campaigns, from the collapse of hostage negotiations with Iran before President Jimmy Carter's 1980 loss to Ronald Reagan to the airing of an Osama bin Laden video before President George W. Bush's re-election in 2004.

The phenomenon is not as prevalent in congressional elections, which involve a collection of individual races and are not as focused on a single event. This year, Democrats must pick up 15 seats in the House of Representatives and six Senate seats to win control of Congress. 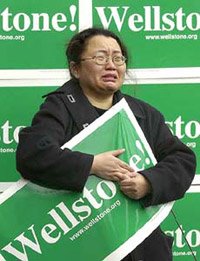 In the last midterm elections, in 2002, the plane crash death of Democratic Sen. Paul Wellstone of Minnesota little more than a week before the vote threw his Senate race into chaos. Republican Norm Coleman beat replacement Democrat Walter Mondale, the former vice president.

But the potential for a campaign-shaping event in the final weeks remains a topic of intense speculation.

"We are wary of their October surprise," said New York Sen. Chuck Schumer, chairman of the Senate Democratic campaign committee, which he said was keeping campaign money in reserve for late emergencies.

While most late-breaking events are beyond the control of politicians, plenty of conspiracy theorists expect the White House to make a late attempt to halt Democratic momentum.

"It should come as no surprise if the Bush administration undertakes a pre-emptive war against Iran sometime before the November election," Gary Hart, a former Democratic senator and presidential candidate, predicted last month on the Huffington Post, an Internet site. 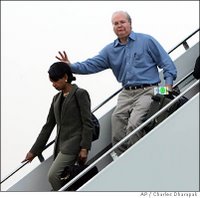 In many scenarios, the man imagined to be pulling the strings on an October surprise is White House political adviser Karl Rove, the architect of Bush's 2004 re-election.

"Karl Rove wouldn't be earning his pay if he didn't try something that would benefit the White House," said Larry Sabato, a political analyst at the University of Virginia.

Early speculation about a late surprise to benefit Republicans focused on troop pullouts in Iraq, but that has been off the table for months. Another favorite, a plunge in gasoline prices, already happened to little apparent effect.

One Web site ran a contest to pick the most likely October surprise, with the winner being "Iran totally had it coming." The capture or death of bin Laden is another favorite.

The October surprise phenomenon surfaced in 1968, when President Lyndon Johnson halted bombing of North Vietnam a week before the 1968 election. It was not enough to help his vice president, Hubert Humphrey, beat Richard Nixon.

In 2000, Bush's 1976 drunken driving arrest became public days before the election. Bush narrowly lost the popular vote to Democrat Al Gore but won the Electoral College after the U.S. Supreme Court halted a dispute over votes in Florida.

For those running campaigns, though, strategy and voter turnout efforts trump concerns about a late surprise.

"There is nothing you can do. If something happens, then we'll worry about it," said Carl Forti, spokesman for the House Republican campaign committee.