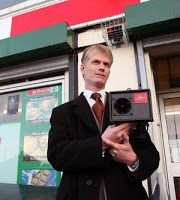 from danger room: Sonic blasters are all the rage these day, but one device used in the United Kingdom that specifically targets teenagers is attracting criticism, reports CNN:

The Children’s Commissioner for England, who oversees children’s rights, has called for a ban on the ultra-sonic gadget, known as “The Mosquito,” which disperses young people by emitting sharp, piercing sounds.

The device causes discomfort to younger ears by exploiting their ability to hear very high frequencies – a power which declines once they reach their 20s.

no plan to ban ‘anti-teen’ device 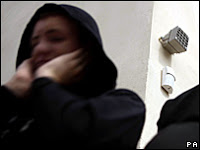 from bbc: There are no plans in England to ban the use of devices which emit a high-pitched sound to disperse groups of teenagers, the gov’t has said. But it stressed the Mosquito devices, which can cause discomfort to youngsters’ ears, should be “a last resort“…